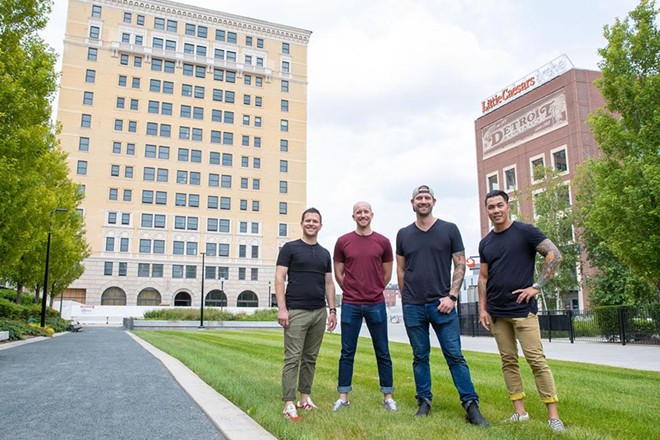 Four Man Ladder, the team that operates Midtown restaurants Grey Ghost and Second Best, has partnered with Olympia Development for a new establishment at the site of the former Hotel Eddystone.

“On the heels of the fifth anniversary of our flagship restaurant Grey Ghost, we are extremely excited to embark on our third venture and to partner with Olympia Development on this special opportunity,” Chef John Vermiglio said in a press release. “We are looking forward to starting construction and sharing more details as we progress.”

Four Man Ladder will develop a 5,500-square-foot restaurant in the hotel that will have a dining room, bar, and a lounge.

Hotel Eddystone is located on Sproat Street just across from Little Caesars Arena.

Olympia Development was originally slated to reopen the redeveloped Hotel Eddystone in the fall of 2018, but rehab didn’t begin on the property until summer 2019. Hotel Eddystone will reopen with 92 apartments, with 20% of the new housing reserved for lower-income residents.

The grand opening is slated for spring 2022.