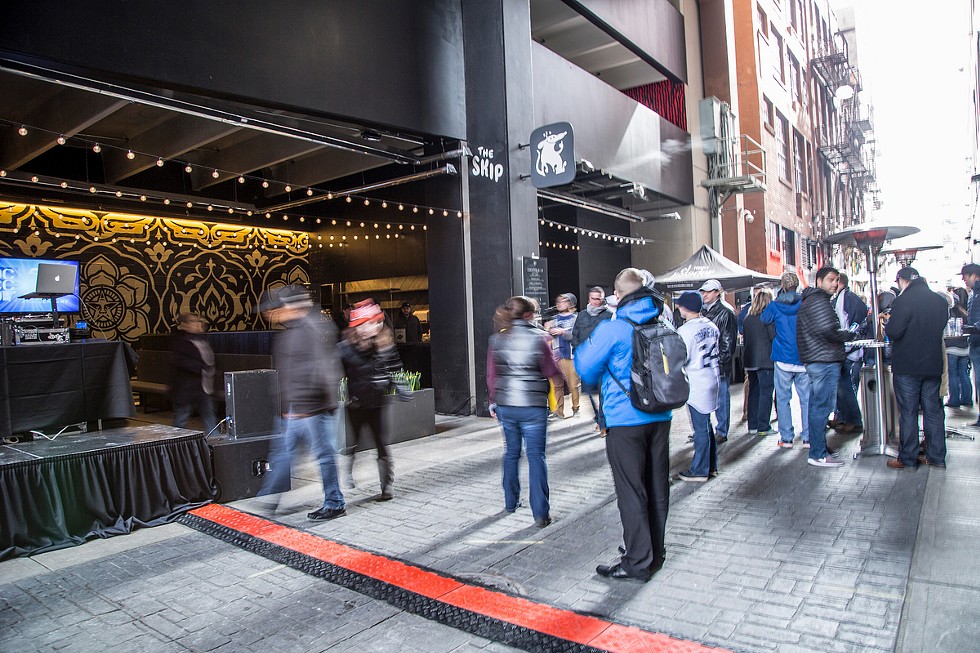 When the omicron variant of the virus that causes COVID-19 swept across Michigan ahead of the holidays, restaurants were among the first and hardest hit as employees tested positive during the industry’s busiest time of the year. That has forced restaurateurs to choose between closing and foregoing much-needed revenue, or remaining open and gambling with employees’ and diners’ health.

Related Omicron’s surging. What you need to know.

Omicron’s surging. What you need to know.
By Abdul El-Sayed
The Incision

Making matters worse, the wave hit an industry already ailing from nearly two years of lower sales, increased food costs, labor shortages, and inadequate government help. At this point in the pandemic, the Centers for Disease Control and Prevention and local health departments’ recommendations are merely suggestions and already shifted mid-surge, leaving it up to diners to weigh the risks. Business is already dipping significantly, restaurateurs tell Metro Times.

“Restaurants operate on razor-thin margins and it’s so brutal right now,” says Grand Trunk Pub and Checker Bar owner Tim Tharp, the co-founder of the Detroit Restaurant and Lodging Association who has twice in recent weeks closed his businesses following positive COVID tests among his staff. “Each operator has to do what they see as right and they’re going to have to balance a whole lot of things.”

Ahead of Christmas, Detroit restaurants Selden Standard and Flowers of Vietnam announced on social media that staff members had tested positive and the restaurants would temporarily close. Since then, Detroit Vegan Soul, Sister Pie, The Skip, and others announced temporary closures either because staff had tested positive or to give employees a break. Pie Sci and Ochre Bakery recently closed their dining rooms and are temporarily carryout only.

In Midtown, Chartreuse took a different approach. One of its employees worked the weekend ahead of Christmas while slightly sick, and several days later tested positive for COVID, Metro Times has learned. The restaurant didn’t close after the positive test, require testing for other employees who were exposed, or alert customers. Other restaurants have allegedly taken a similar approach.

When contacted by a reporter, Chartreuse owner Sandy Levine claimed he had followed the CDC’s recommendations, though the agency recommends that employees “should not come to work if they are sick.” It also recommends that restaurants notify the local health department of a positive case.

Levine also notes that the employee tested negative while he was working. He says all of his staff is vaccinated and said he ultimately chose to stay open because "if we had to close every time a server sniffled, we would go bankrupt." He stresses that he has created a safe environment for his employees throughout the pandemic, and adds that he has at times gone beyond CDC recommendations.

“If this was a year ago and the vaccination wasn’t out or if omicron caused hospitalizations in a way that [other variants] did, then I would be OK with the restaurant going bankrupt to keep our staff safe,” he says. “All the restaurants are dealing with this, and some have to deal with it in different ways.”

Other Chartreuse staff weren't required to take a test before returning to work or stay home. CDC guidelines recommend that “those who have had close contact with a person diagnosed with COVID-19 to stay home and self-monitor for symptoms,” which the restaurant also did not follow.

Levine says he recently closed the Oakland Novelty Co. in Ferndale, which he also owns, for four shifts when staff caught COVID-19.

"I am not opposed to closing any of our establishments," Levine says. "We closed until we could ensure that we could execute service with a staff that wasn't any of the people that tested positive, so that they could properly quarantine."

The latest variant of the virus appears to be less likely to cause severe illness, and that’s one of the many factors that restaurants must consider when deciding whether to close, Tharp says.

When several Grand Trunk employees tested positive after Christmas, Tharp considered safety, the financial hit, and whether the already bare-bones staff could provide good service with even more employees out. He took input from staff before ultimately deciding to close for two days, and paid for employees to get tested.

“If we tried to stay open we wouldn't give customers the service they needed, and we didn't want to overwork staff and have a house full of angry customers, which really would’ve hurt everyone, so we essentially took a vote and decided to close,” Tharp says.

He stresses that it’s important to include staff in the decision-making process, adding “it goes a long way if employees feel like you’re taking their safety into account.”

Safety and burnout seem to be on many restaurateurs’ minds. Detroit Vegan Soul announced on social media that it’s closing for “self care.” The Skip conveyed a similar sentiment in its announcement that it would close for two weeks after New Year’s Eve.

“It is an important tenet at The Skip to provide the highest quality service and we cannot do that when our team is not operating at their best,” the post reads. “In an effort to support the wonderful people who make The Skip what it is, we’ve decided to close January 1st - 13th and provide our team a paid vacation.”

Sister Pie’s dining room has been closed in recent months, and the restaurant still decided to close the whole operation down after several employees got sick, citing the health risks and burden on the remaining staff.

“Just this afternoon we learned that at least two staff members have been exposed to positive cases, plus another has been home all week with symptoms,” the restaurant's social media posts read. “We cannot take the health risk nor require the rest of our staff to work harder than they already have been. We imagine this could feel frustrating and disappointing if you were planning on coming by for a visit. We are so, so tired of this, too.”

But some restaurants face financial situations that make that approach difficult. The troubles have been compounded by government assistance efforts like the Paycheck Protection Program that didn’t serve restaurants well, and the Restaurant Revitalization Fund, which was bungled by the Small Business Administration. It made $29 billion in grants available to the nation’s restaurants, but the SBA only distributed the funds to 100,000 out of 300,000 applicants using what the New York Times characterized as “capricious methodology for determining winners and losers.”

The Biden administration has recently said it’s open to more restaurant industry relief, and there’s bipartisan support for it in the Senate, but even if more assistance is approved, there’s no telling whether it will include enough money to go around, or how the funding will be distributed.

In the meantime, restaurants have to operate as if there’s no help on the way, and when an employee tests positive for COVID, that can weigh heavy on a restaurateur’s mind. Those who do choose to stay open shouldn’t be “vilified,” Tharp says.

“It’s an impossible situation that they face,” he adds. “I don't think there is a right or wrong answer.”