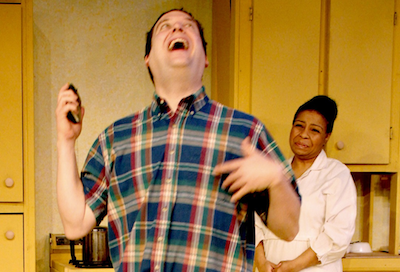 Every January, the Detroit Repertory Theatre’s stage is given over to a play with important social or political content. This year, it’s Sweet Pea’s Mama, by Los Angeles playwright Robert Lawrence Nelson. Set on the day Martin Luther King Jr. is assassinated, the play concerns a household in which the maid, Coralee, cares for lady of the house Abigail’s grown son Sweet Pea, who is developmentally challenged. The household is visited by a tragic event with ramifications for all, including the maid’s outraged son, Jerome. The story, at the intersection of race and mental challenges, will test everybody’s character before it’s over.