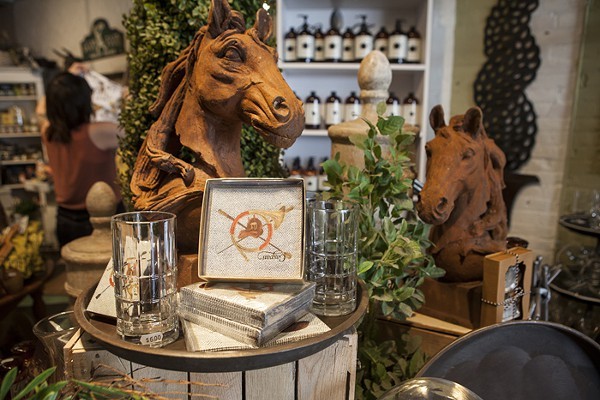 Those who love long-standing Eastern Market boutique Savvy Chic will have noticed that the shop has been closed since Jan. 9. Not to worry, the closure isn't permanent. In fact, it's been undergoing some changes and updates and owner Karen Brown plans to reopen the shop on Saturday, Feb. 14.

Brown says Savvy Chic will now be home to a "coffee sip and dessert counter." When the shop opens on the 14th, there will be a guest barista, desserts from local bakers, and some local artisans will be featured in the store as well.

Along with the coffee and dessert counter, Brown says the rest of the store has also gotten an upgrade.

This isn't the first change Savvy Chic has seen in the last year. In late summer of 2014 the boutique's annex came under the management of Randal Jacobs, changing from a women's clothing and accessories shop to Savvy Gents, a boutique for the modern man.