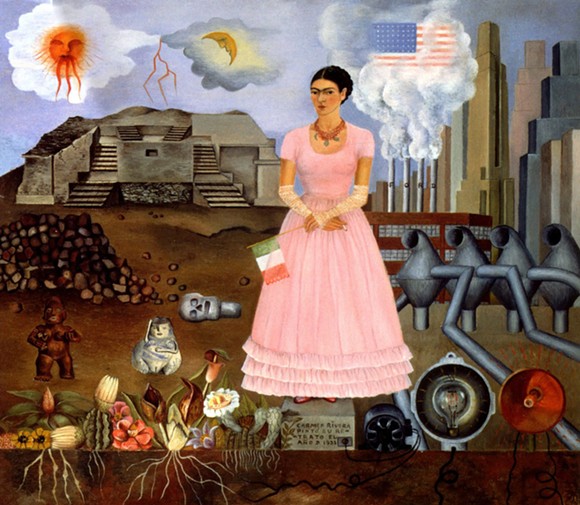 The DIA hosted a media preview for its big Diego Rivera and Frida Kahlo in Detroit Tuesday morning, with Rivera's grandson Juan Coronel Rivera on hand to offer his own remarks on the exhibition. At its time, he said, his grandfather's "Detroit Industry" murals created for the DIA were the most important work of modern art in the United States.

Rarely seen full-size drawings of the murals are on display, offering a peek behind Rivera's process. The exhibition also includes other paintings and drawings the two artists created before, during, and after their year in Detroit — in addition to photographs and films.

Highlights include a detailed account of the facts that led up to Kahlo's miscarriage (or was it an abortion?), an event that was pivotal to both artists. While Kahlo's surreal depictions of the event (with Detroit in the background) are well-known, the exhibition shows that after the incident, Rivera changed a large panel in his murals originally depicting an agricultural scene to the more iconic fetal infant in a plant bulb. 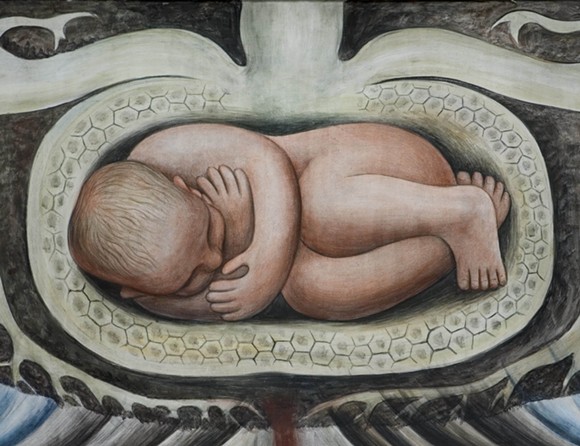 In short, the exhibition made us appreciate our favorite work of art at the DIA even more. And in a smart move meant to be inclusive with the Latino community in metro Detroit (and beyond), the exhibit is in both English and Spanish. It opens to the public from March 15 through July 12 — check out the DIA's website for more information.

Other things we learned:
Check out our cover story "A guide to Diego Rivera and Frida Kahlo in the kitchen," learn about Detroit restaurants with special menus inspired by the exhibition, and read our talk with exhibition curator Mark Rosenthal all in this week's MT.