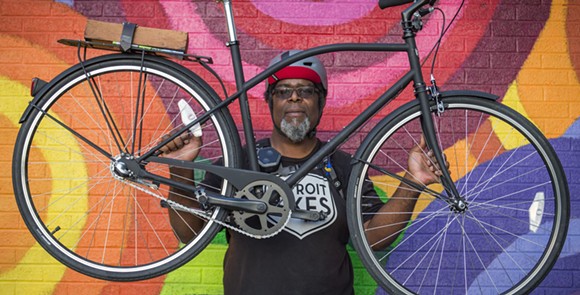 The Ford in question is actually Detroit Bikes' master builder, Henry Ford II, pictured above. No relation to the other Henry Ford — his grandfather worked for FoMoCo and named his son after him.

According to Microsoft, the spot kicks off a series dedicated to entrepreneurship in Detroit. (Oddly, Microsoft products are never mentioned in the spot.) It's not the first time Detroit bicycling entrepreneurs have been profiled by a tech giant for an ad, either. Last year, Apple used Jason Hall and the Slow Roll in an iPad spot.

Watch the Microsoft spot below: