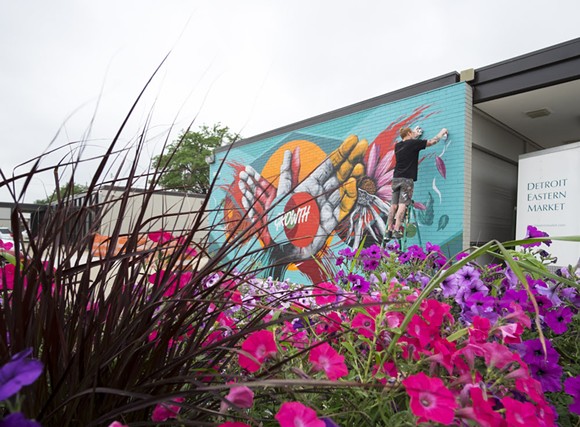 On Monday, 1XRUN and Eastern Market Corporation announced the inaugural Murals In the Market festival, which will see the creation of new street art from more than 40 local, national, and international artists in and around Detroit's Eastern Market.

On Tuesday, they offered more details, including an initial roster of participating artists. They also kicked things off with the presentation of a new mural by the Australian artist Meggs, who was on hand to put the finishing touches on the painting. The new mural, which shows two hands emblazoned with the word "Growth," is located at 2934 Russell St., Detroit, across the street from Joe's Liquor & Wine Shop. 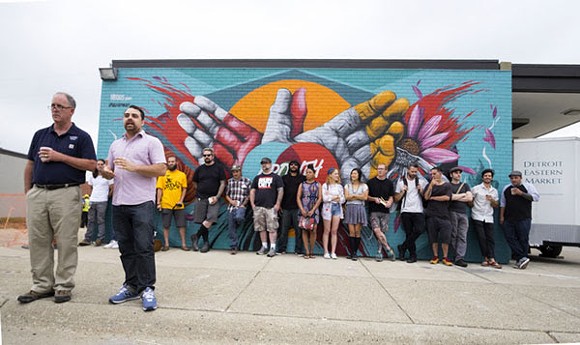 The festival will take place Sept. 17-25. More information is available on the festival's website. 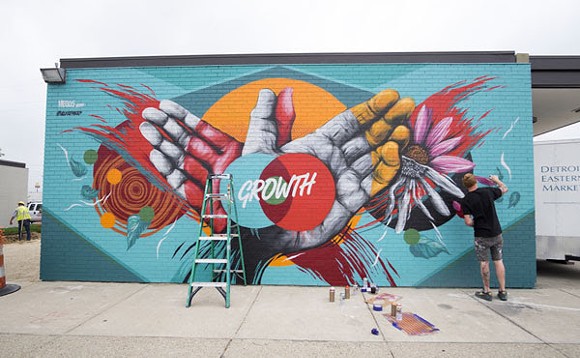