Murals in the Market festival announces schedule of events 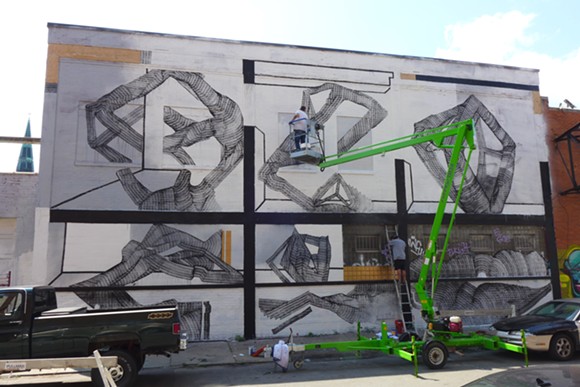 Today, organizers announced the full schedule for the upcoming Murals in the Market, the inaugural murals festival presented by Detroit-based print house and gallery 1xRUN. The festival runs from Sept. 17-25.

In addition giving festival-goers the chance to watch more than 45 local and international artists create new large-scale works in Detroit's Eastern Market district, Murals in the Market will feature more than 20 different events — including a print exhibition featuring work by participating artists at the Red Bull House of Art, guided walking tours, a special Slow Roll bike tour, a tailgate party, and more.

Check out the entire schedule over at the festival's official website, and pick up next week's Metro Times for more information about the festival. Watch a teaser video for the festival below:

The Scene Murals in the Market Detroit Eastern Market 1xRUN