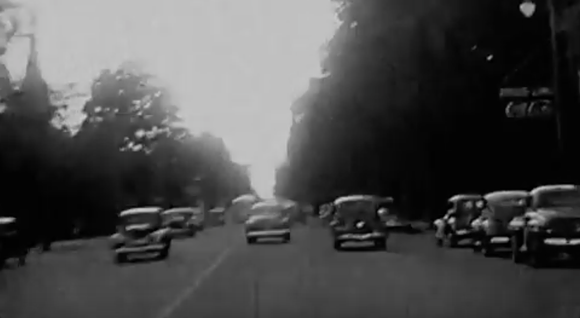 YouTuber "Guy Jones" likes to edit old silent film-era footage, giving them new life by dubbing in sounds and correcting the frame rate. On Tuesday, he uploaded a video using footage from Detroit in the 1930s. While the intent was to create a more natural experience, we think there's still something a little bit off, placing the edited footage somewhere in the uncanny valley. But that's OK — the effect is eerie and dreamlike.

Watch the footage below: