Ch-ch-ch-changes announced at the Detroit Lions 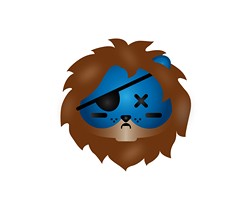 For a predictably terrible team, it's been an unpredictable week for Detroit Lions fans, with owner Martha Ford announcing some of the biggest overhauls the team has seen on its executive side in years.

On Thursday, news broke that Ford was ousting general manager Martin Mayhew and president Tom Lewand. Both had been at the helm since 2008.

"I want to assure our fans that we intend to identify and hire the very best leadership in order to produce a consistently winning football team," Ford read from a prepared statement Thursday. "Our fans deserve a winning football team, and we will do everything possible to make it a reality. I also want to make clear that we have no intention of giving up on the season. We expect our team to compete, improve and win." She did not take questions from the media.

It's a bold move for Ford, who took over ownership of the team in 2014 following the death of her husband, William Clay Ford Sr. At least it offers some shred of hope for Lions fans, who are scientifically proven to be the most masochistic people in the world (or at least the second-drunkest).

Read more about the announcement at the Free Press.