January 13, 2016 at 2:10 PM
comment
The death of musical superstar David Bowie came as a surprise to fans around the world, many of them here in Detroit.

Those fans are commemorating the life and work of the artist by putting up billboards around the area. 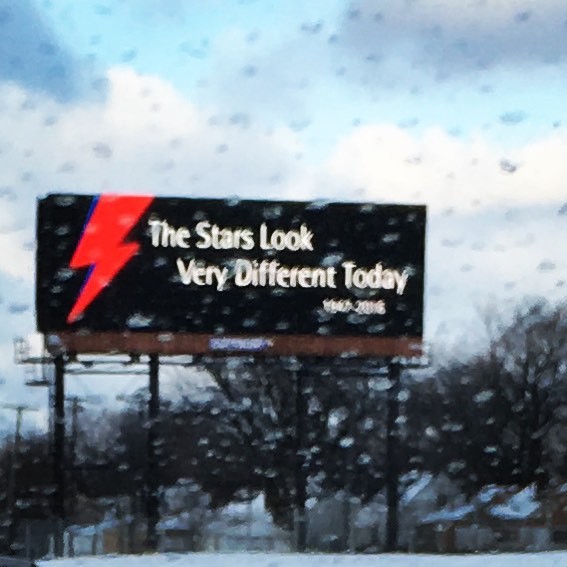 Another Reddit user, Eyesblue24, posted this image, noting the Detroit billboard company he works for put it up.

Have you seen any other Bowie billboards in metro Detroit?