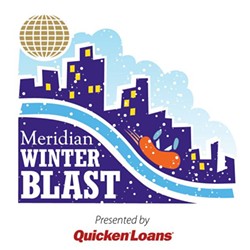 Organizers of the annual Meridian Winter Blast announced that this year’s event will raise funds to support Flint children dealing with health issues due to lead-contaminated city water.

Meridian Health Plan revealed it will match up to $40,000 in donations to the Flint Child Health & Development Fund, a charity started by Dr. Mona Hanna-Attisha, who was among the first to raise the alarm about elevated lead levels in Flint children.

Each of the more than 40 musical acts performing during the three-day event will donate 10% of their pay to the fund, a gift that will be doubled by Meridian’s match. In addition, Talmer Bank has pledged a donation of $1 for each ride down the popular 200-foot-long snow slide.

Organizers hope to raise at least $75,000 for Flint’s children.