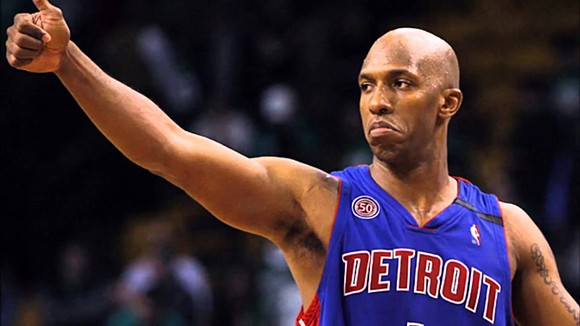 If you google "Mr. Big Shot", the first result is a YouTube link to the 1971 Jean Knight anthem, "Mr. Big Stuff." Classic, in it's own right, we listened to 45 seconds of it this morning and laughed at her hair.

Every result thereafter, however, is rightfully so, Smooth himself... CHAUNCEYYYYY... B-B-B-BILLUPS! (we said that in our best Mason voice, and you should too).

Billups, the tactical "quarterback" and glue of the Pistons from 2002-2008 and NBA Finals MVP of the 2004 'Goin' To Work' squad, will have his jersey lifted to the rafters tonight when the Stones face the Denver Nuggets at 7:30 pm at The Palace of Auburn Hills.

Billups' career is a telling one. Drafted in 1997 by the Boston Celtics, Chauncey played pretty much on every single team in the league before finding his footing and building a foundation in Detroit. Always a solid point guard, his play and basketball IQ truly shined once under the tutelage of coach Larry Brown. Averaging 15.2 ppg and 5.4 apg, Billups never really put up LeBron numbers, however, everything he did that doesn't show up on the stat sheet was indispensable for the 6-time consecutive Eastern Conference Finalists Pistons.

If you want to know just how important he was, look no further than the fact that we have only made the playoffs once since his departure, in 2008. Thanks, Obama.

Mr. Big Shot returned to finish his career back in Detroit during the 2013-14 season as a mentor more than anything as age caught up to him and our squad was an absolute trainwreck at best. It was still nice to have him back in Pistons blue. He retired with an illustrious sheet of accolades indeed:

Those are all great accomplishments — besides the Shooting Stars Champion because who gives a shit — but those feats aren't what we fans will remember. We will remember the flashy passes. We will remember pull up and step back jumpers from 25 feet. We will remember the Palace absolutely rocking with screams and shouts of joy, and high fives to strangers as Mr. Big Shot just drained the dagger with .01 seconds remaining. We will remember being World Champs, almost two years in a row (Fuck off, Robert Horry).
It will truly be a night to remember tonight at the Palace, as Billups' jersey will be raised to the rafters joining the great company of Pistons legends, Zeke, Lanier, Bing, Dumars, Rodman, Laimbeer, and fellow Goin' To Work teammate Big Ben Wallace, who recently had his jersey retired in January and held back grown man tears amongst a sellout crowd of 22,076. Judging from Rip Hamilton's Instagram, the rest of the peanut gallery will be in attendance for support. What a time to be alive. 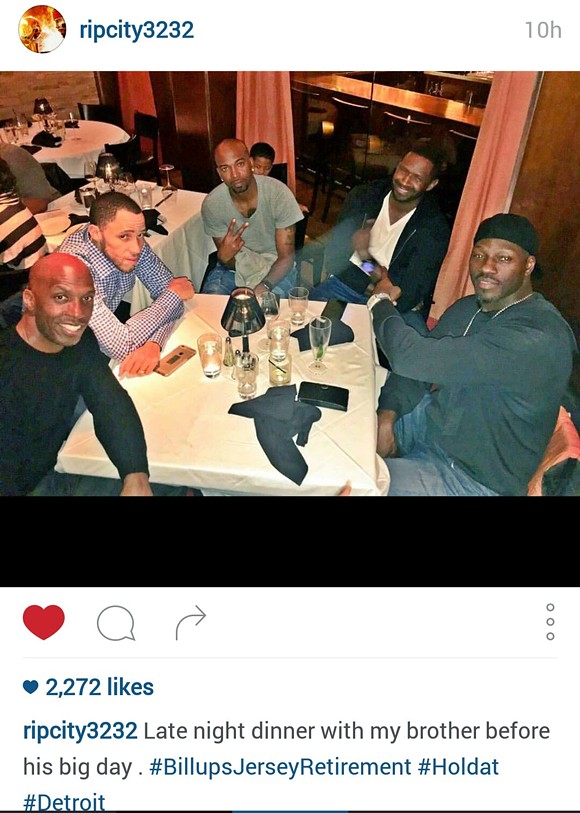