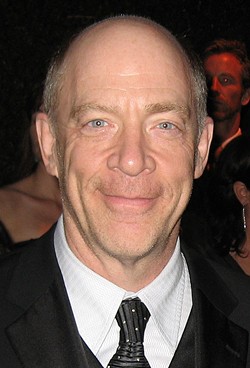 Well, according to prettyfamous.com he is.

The celebrity news website composed a list of the fifty US states and the most famous actor/actress that was born there. While there are an abundant amount of actors that were born in California and New York, it is pretty interesting and surprising to see where some of our favorite movie stars grew up.

For example: Channing Tatum was born in Alabama? Nicole Kidman was born in Hawaii and not Australia? Who knew!

The criteria consisted of how many awards the actor/actress have been nominated for, total number of IMDb reviews for films and TV shows, and recent interest, as determined by recent Wikipedia views. All of this added up and weighed out gives a celebrity a special score, and the one with the highest is declared the most famous from their home state.

In Michigan, we originally thought that someone like Tim Allen would win (turns out he was born in Colorado and won that state) or even Madonna, who was nominated for awards for Evita. Turns out, the most famous actor from our great ole state is no other than J.K. Simmons.

We were a little surprised to find out that the actor was born in Michigan. More specifically, Simmons was born and raised in Grosse Pointe until he moved to Ohio when he was 10 years old.

J.K. Simmons may not have a household worthy name like Matt Damon or Ben Affleck, but the actor has starred in tons of movies, and won a Best Supporting Oscar at 2015's ceremony for his fantastic performance in Whiplash. Our favorite J.K. Simmons role has to be his portrayal as Peter Parker's boss at the Daily Bugle, J. Jonah Jameson in the Spiderman movies. Any comic book nerd will agree that Simmons brought so much life to a classic character.

To find out what other states boast major actors, take a look at the list here.