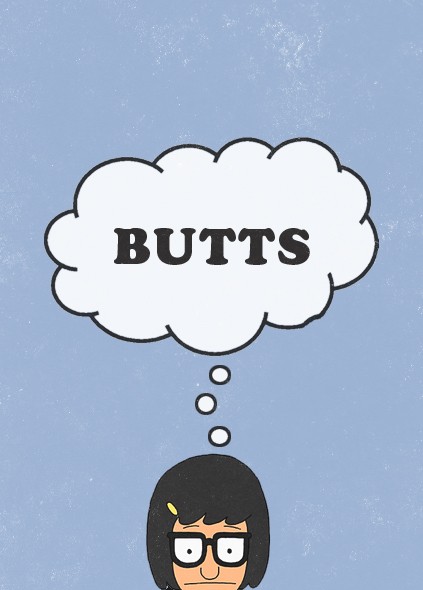 Detroit is home to some fiiiine asses, and we at Metro Times, are certainly rump enthusiasts [well, at least this writer is].

Which is why when we were sent a press release about booty shaped nail polish — yes, you read that right — I was eager to learn more.

California-based company SuperBooty LLC has taken the national obsession with the place your poop comes out of to the next level with its new Bootie Babe line, which includes 24 cheekily named colors like "Tears for Rears," "Ass Sassin," "Shiny Hiney," and my personal favorite, "Ass Uh Nine."

And because California, you better believe the polish is vegan and chemical free, meaning there's no toxic ingredients like formaldehyde, toluene or dibutyl-pthalate in the mix, which wait... there's formaldehyde in nail polish?

Mark O’Hara, the creator and CEO of SuperBooty — which appears to share the name of the funk-disco band O'Hara led — the firm behind the Bootie Babe brand, said he wants to change the way nail polish is packaged and presented.

“I noticed that many of the brands were using the same standardized bottle shapes and realized that there was a market for something more 'custom' and 'collectible,'" said O'Hara, who once ran for mayor of San Francisco. For real.  The release stated O’Hara has dreams of an entire booty-themed lifestyle line, which is exactly the kind of world I want to live in. Also, O'Hara 2020? That's a political campaign we can really get behind.