Here's what the new Red Wings Arena should've been called 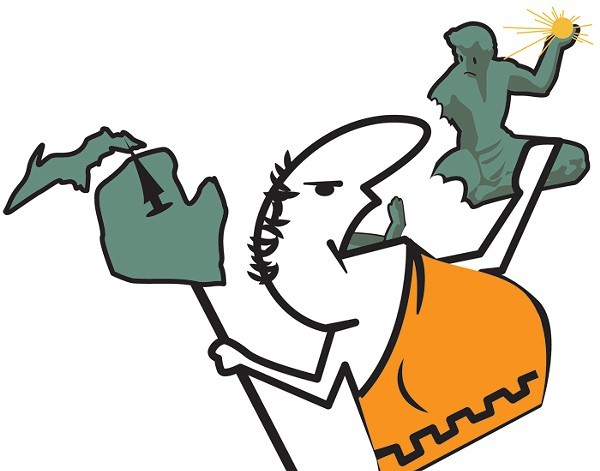 April 28 update: The new Detroit Red Wings arena will be called "Little Caesars Arena" in a 20-year naming rights agreement between the Ilitch family, which owns the hockey team, and themselves.
The deal includes Little Caesars branding on the arena's roof.
"Little Caesars has experienced incredible growth over the last decade," says David Scrivano, the pizza company's CEO, in a statement. "We were founded in the Detroit area 57 years ago as a family company and grew to become the world's largest carryout-only pizza chain from right here in the city."

A couple days ago, Chris Ilitch, president and CEO of Ilitch Holdings, got people all excited during a luncheon when he announced that the organization landed a sponsor to purchase the naming rights of the new Red Wings hockey arena.

The Free Press is suggesting that the new arena could be nicknamed some variation of "The Baddest Bowl", due to a couple trademarks the Ilitches' Olympia Entertainment recently acquired, which is kinda weird but logical. Crain's has thrown out a whole slew corporate sponsor possibilities, including Little Caesars (duh), Flagstar Bank (uh, ok), and Amway (gross).

So, to balance things out a bit, we took on the task of coming up with a handful of options we here at Metro Times think would be just perfect for Hockeytown Caesar's $627 million project.

Your Tax Dollars At Sleep

You Paid For It Arena

And our personal favorite: