Vice: Windsor's not so bad, and it's near Detroit 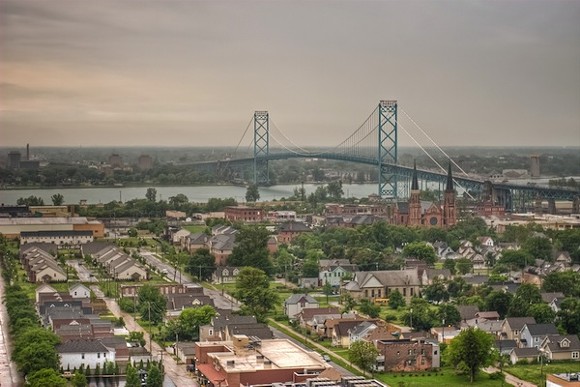 We’re no stranger to Windsor-bashing. We’ve heard it all before. Windsor is the armpit of Canada, you say? We heard that one a generation ago.

So when we came across a Vice Magazine article with a headline declaring that Windsor “Might be the Worst Place on Earth,” we weren’t surprised. The only surprise, in fact, was that the silver lining was that it was near Detroit. Ten years ago, any such headline would have only used that fact to pile on another negative, as in: “And it’s right next to the worst place in the world: Detroit!” How times change.

Windsor among the worst places on the planet? As the writer of the article makes clear, it has a lot going for it. We’ve long been aware of all Windsor has to offer to Detroiters: a compact downtown, excellent Italian and Asian restaurants in addition to the usual pizza, burgers, and barbecue. It also has a minimum drinking age of 19, Cuban cigars and rum, fully nude strip clubs, and now medical marijuana vape lounges. In fact, if it weren’t such a hassle to cross the border, we’d go over there more often.

But when we think about it, we hadn’t given a whole lot of thought to how Windsorites feel about our city. According to the article, they don’t just like us, they really like us.

How did the writer of this article arrive at this conclusion?

Most other media would talk to experts, pundits, and at least one millennial marketing professional, right? But the Vice reporter did something really unusual these days: She talked to the people who live and work in Windsor. A crazy journalistic strategy, we know, but effective.

Turns out that the people in Windsor rely upon our fair city for the big-city charm Windsor lacks, and for the music scene that draws performers that would skip from Chicago to Toronto if not for the Motor City. They also love the international flights out of our airport.

And it seems our friends across the water aren’t so different from us, notwithstanding the Cuban coronas, full-frontal nudie clubs, and teenagers drinking in bars. One Windsorite quoted in the piece says as much, declaring: "We're pretty much one and the same," he said, though he admitted the love affair is somewhat lopsided. "Detroit would never think of Windsor as a suburb of it."

Maybe it’s time that changed. Because then Windsor would be the coolest suburb of Detroit overnight.