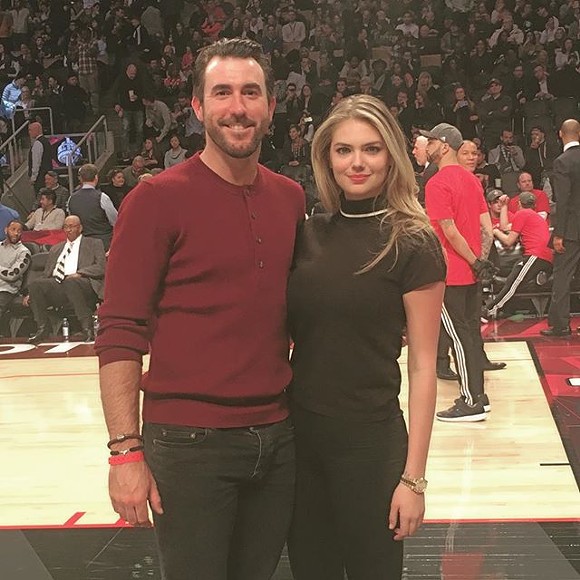 We feel you, Tina.

At last night's Met Gala, Upton showed off her massive rock to E! on the red carpet for the first time. She told the correspondent that Verlander asked her before the baseball season started so they have been keeping it quite for a few weeks now.

The couple has been dating for about three years now, so we've had time to process we're actually excited for the couple, who spend tons of time here in Detroit. For those who don't know, Upton is from St. Joseph, though she know calls New York City home and actually admits to being a Yankees fan.