Why the Arab Film Fest is worth a long, loving look

As followers of our blog know, we’re pretty excited about the upcoming Cinetopia Film Festival, and you can expect more coverage of the festival’s offerings going forward. But one part of that we wanted to zoom into, so to speak, for a moment is the Arab Film Festival, a sort of “festival within a festival” curated by Dave Serio for the Arab American National Museum.

It’s the second year that the Arab Film Festival has been a part of the larger Cinetopia offerings, and Serio has a challenging balancing act, on the one hand, trying to appeal to our region’s significant audience of Arab heritage while simultaneously showcasing films that dispel stereotypes about Arab peoples. To that end, Serio might include everything from extreme outliers to straight-ahead entertainment.

Of course, those outliers will likely be the most memorable films on the screen. For instance, Speed Sisters is a documentary chronicling the first all-women race car driving team in the Middle East that’s “tearing up tracks all over Palestine.” Who knew there were improvised racetracks in the West Bank? Or that race fans came out in droves to cheer these women on? Serio tells us this is exactly the kind of film that shatters stereotypes about Palestinians and Arab women

Speed Sisters isn’t the only film with strong Arab women. The feature film As I Open My Eyes has been picking up awards on the festival circuit. The first film from Tunisian director Leyla Bouzid, it’s a film about the personal and political choices that Farah, a young woman, makes in the run-up to the Jasmine Revolution that kicks off the Arab Spring. Her mother is extremely proud that Farah has been accepted to medical school, but is worried that Farah is performing with a rock band in nightclubs, including a song or two expressing frustration with the government’s treatment of its citizens. 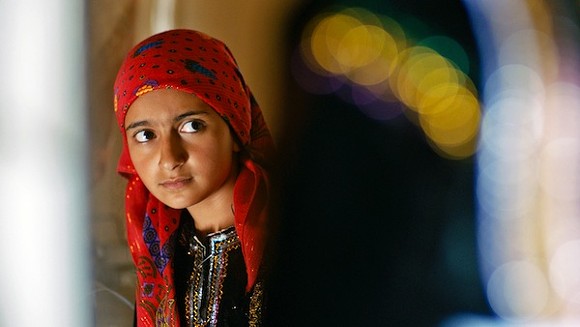 Another unusual film is I am Nojoom, Age 10, and Divorced. It comes to the festival thanks in part to the Yemen Peace Project. It’s a feature film that is loosely based on the true story of a young Yemeni girl who went through a forced marriage to an older man in his 20s, was mistreated and neglected, ran away to her family, and finally pursued divorce in the courts. It’s more than a ripped-from-the-headlines story, it’s a lushly photographed film with moving performances. What’s more, the screening will also offer a discussion with one of the actors in the film who is a scholar on Yemeni legal issues. While the tale depicted in the movie is unusual, the film addresses a reality that does happen sometimes. 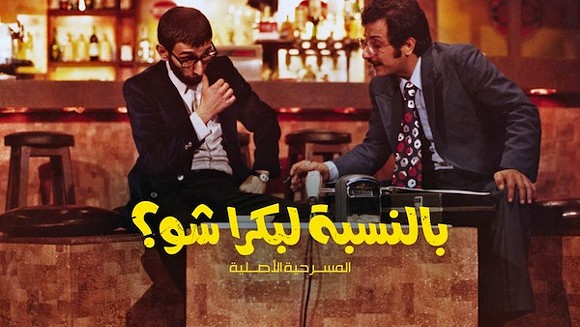 Another film that’s especially pertinent right now is What About Tomorrow? It’s a film record of a 1978 play by political commentator and singer Ziad Rahbani, which was brand-new back in the days of the Lebanese Civil War. “A lot of the issues touched upon in the film are relevant today in Lebanon to some extent,” Serio says, “including injustice, religious and cultural tension, and more.” It’s a classy throwback, with snazzy 1970s outfits and gorgeous period interior decoration, set in a worldly Beirut bar in the disco era. That nostalgic quality is one reason why this film is absolutely blowing up the box office in Lebanon right now. While this will be the film’s U.S. premiere, unfortunately, there will be no subtitles for the all-Arabic film. There will, however, be a musical performance after the film at 6 p.m. Sunday, June 5, by the electro-mijwez, shamstep, choubi band 47SOUL

For more information about the Arab Film Festival component of Cinetopia, click here.