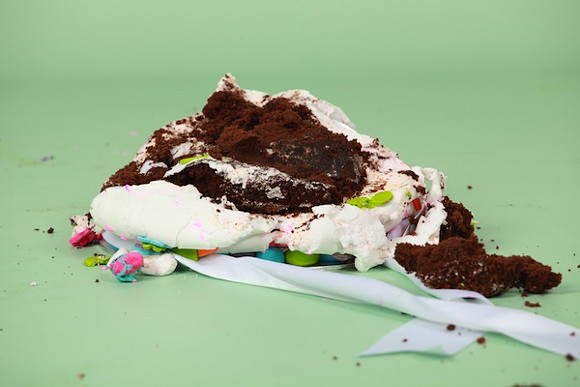 As the years go by, you learn a thing or two. In the news business, one of those things you learn is the kind of story that’s almost tailor-made to generate comment. Usually, it has three elements.

1) People feel qualified to comment on the story. (It can’t be something about capital gains taxes or Togolese foreign policy.)

3) The story deals with a moral issue. (A story involving lust, gluttony, greed, sloth, wrath, envy, or pride will generally get people’s mouses moving toward the comment section.)

There are other things that are important in generating comment, but those are the magic three, presenting the perfect recipe for those kind of stories people discuss around the water cooler.

Of course, the stories usually aren’t the sorts of world-changing events remembered in history books. The amount of discussion they generate vastly outweighs their actual importance.

I first noticed this back in February of 2004, when MT editor Jeremy Voas wrote a column reacting about the infamous halftime show at the Super Bowl featuring Justin Timberlake and Janet Jackson. Back then, this paper didn’t have online comments, but the article generated a large amount of mail. A deep dive into an important issue by Curt Guyette might garner a nice email, but a Screed column on a nipple at a football game got several actual letters.

So I’m alert to these stories when they happen. The latest one is a perfect example of the genus: The Bloomfield woman who allegedly drop-kicked a cake at Kroger.

It happened more than a week ago, and it’s still in the news.

See how it has all the elements of that kind of story people love to comment on? Anybody can understand it; just enough is left out to tantalize the reader; and can gluttony, wrath, and pride be far behind? (And then there’s the opportunity to shame a mother, which, from Toledo to Orlando, is a hot hot take these days.)

According to news reports, the woman was dissatisfied with the decoration on her son’s Batman vs Superman birthday cake, went behind the counter to try to fix it, was told she wasn’t allowed behind the counter, then took the cake, went in front of the counter, and attempted to kick a field goal with it. She also allegedly stomped on the cake while screaming (a little reading between the lines here), “They fucking ruined my 7-year-old’s birthday cake!” (If you think that’s harsh, you should see the Yelp reviews.)

The woman then stomped out of the store and went home, where police caught up with her, thanks to the information she left on the cake order. According to police, her version of the story differed dramatically. She went behind the counter because she was invited, and the cake “slipped out of her hand.”

Needless to say, this kerfuffle sparked a real discussion online. Some of the comments were pretty hard on the mother. (Don’t we all have a bad day sometimes?) Some were harsh on Kroger’s cake decorating skills. Some were just plain funny. (Who doesn’t love a good pun about cake?)

As of this morning, here are the best comments we were able to find: