August 01, 2016 at 11:42 AM
comment
A 'Local Film Buff' tipped us off that Zero Dark Thirty director Kathryn Bigelow might have recently been in town with her team prepping scenes for her forthcoming (still untitled) Detroit Uprising - 1967 flick.

According to 'The Buff' — and this Metro Times reporter who went to the scene to confirm —  a couple of buildings at Chene and Palmer got, what appears to be, the real 'Tinsel Town Treatment.'

A fake, era-appropriate sign has been pasted to a building, with the words "Bowling Alley" and a chevron pattern spray painted above.

Across the street a fake, America-centric advertisement of an automotive shop.

In June a line producer for the "Untitled Detroit Project" told the Detroit Free Press that the plan was to film majority of the project in Boston due to tax credits (last July Governor Rick Snyder signed legislation ending the state's film incentives program), however, they planned to also film a bit in Detroit and Hamtramck (re-fashioned to look like Detroit) to get some setting scenes.

"We are going to be shooting in Detroit and we're going to try to shoot as much as we possibly can there," Colin Wilson, the line producer told Freep, noting that at the time (mid-June) they were still in pre-production. 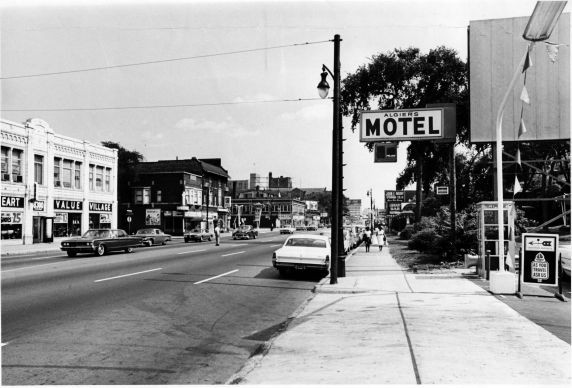 The untitled project aims to come out in 2017 — the 50th anniversary of the five-day rebellion, which left 43 people dead. While the specific focus of the piece has yet to be revealed, the Freep reported that it may touch on violence at the Algiers Motel, where members of the Detroit Police Department, Michigan State Police and Michigan Army National Guard killed three black men and brutally beat up nine other individuals (two white women and seven black men) after a report indicated that a gunman has been seen around the motel. The police officers charged with the deaths of the three civilians were acquitted. 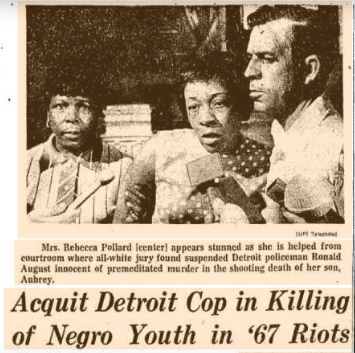 We've reach out to the film's production company Annapurna Pictures to confirm the veracity of these possible sets.