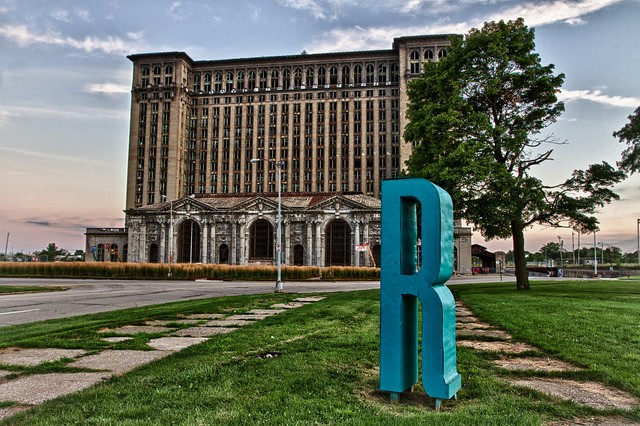 Whether or not you know it by name, Roosevelt Park is one of the most famous places in the city of Detroit.

It's that green space in front of Michigan Central Station where everyone who is truly "from Detroit" goes to get their engagement photos taken.

Well, the Corktown Economic Development Corporation (CEDC) wants it to be more than a place where people take their Facebook profile pic in hopes of proving they're true Detroiters.

But, what that "more" would be, they're not sure. So, they're inviting the community to a free event that will feature "music, activities, and creativity."

“We are striving to revamp the park in the future and it is extremely important for us to collaborate with the people of Detroit,” says Chad Rochkind, Executive Director of CEDC.

“Right now the park is being underutilized, but it is truly bursting with potential and we want to give people a chance to have their voices heard and their ideas considered. Our hope is that this event will show people just how important the park is and what a great asset it could be to the Detroit Corktown community and the public at large.”

The event, called Roosevelt Park Live!, invites people to get together and talk about what they want for the space. There will even be an interactive art station where attendees will be able to draw out their vision for the park, lawn games, a fitness demonstration, art stations, and live music — all of which are just tools to help people envision the park's future.

To finish up the evening, there will be a classical piano performance by Moscow native and Grosse Pointe resident Ivan Moshchuk. The CEDC finds the juxtaposition of classical music and post-industrial architecture particularly exciting.