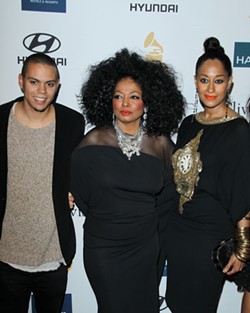 We all love to shower our children with praise, especially when they do something awesome like win a spelling bee, or make the Honor Roll, or, ya know, be the first black woman to receive an Emmy nomination for Outstanding Actress in a Comedy since Phylicia Rashad in 1986.

Since Tracee Ellis Ross deservedly got an Emmy nomination — her mother, Queen Diana Ross, did what any famous mother would do: She took out a full-page ad in The Hollywood Reporter to show just how proud she is of her very talented daughter.

Ellis Ross tweeted a photo of the ad with a cute message about how sweet her mother is and we couldn't agree more. You go, Mama Ross!