Kid Rock embarrasses himself with a line of Trump-themed merchandise 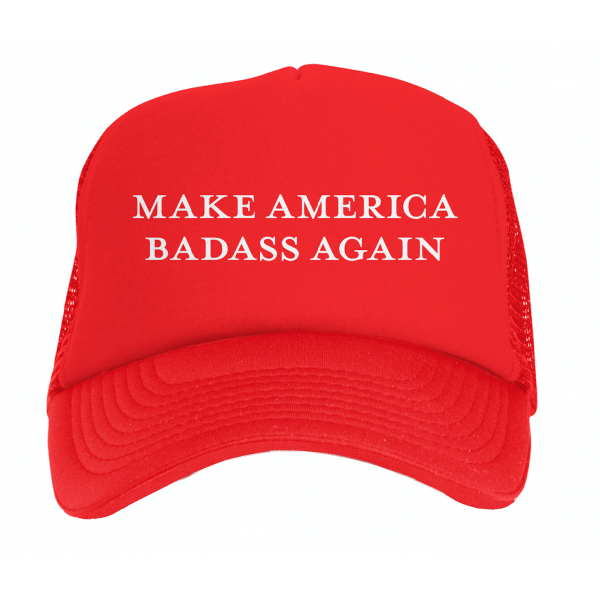 Look, you've got every right to support Trump. After all, he's totally qualified for the job and has already proven he's capable of draining the so-called swamp and appointing a cabinet devoid of Washington insiders.

Still, your unflinching support of an unapologetic racist and misogynistic could be forgiven — even though it's probably all a front to get your fans to keep buying your (shitty) music and going to your concerts. Can't bite the hand that feeds you, amiright?

But selling Trump merchandise? Now, that's just ugly.
And not only is it philosophically ugly, but the stuff itself bares words and phrases that seek to further create division rather than helping to bring the country together.

The Trump collection is composed of three T-shirts. The first says, "_onald Trump. The D is missing because it's in every haters mouth." The second say, "Guns, God, & Trump." The third is a map of the Electoral College with a legend notes that red states belong to the United States of American while blue states belong to "Dumbfuckistan."

Way to bridge the divide, Bob. Way to make a concerted effort to bring people together. Way to express understanding, concern, and appreciation for all those whose beliefs differ from yours.

Way. To. Go. History is not going to look favorably upon you.

Of course, you haven't shied away from controversy surrounding our current political hellscape. We should have known you'd find a way to capitalize on the disenfranchised. It's something you've done in the past with great success.