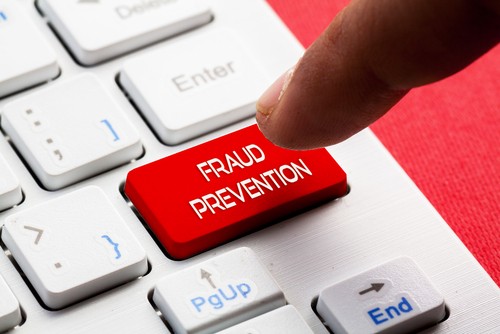 Yesterday, a reshuffling of state employees marked the beginning of a state review of Michigan’s Unemployment Insurance Agency.

While the problems with that agency haven’t posed the same threats to health and well-being as the poisoning of city water in Flint, they’ve probably deserved more coverage than they’ve gotten. And, as with Flint’s “water crisis” the UIA story proceeds directly from steps undertaken by the Snyder administration.

Among those steps was the development of a fraud-detection computer program known as MiDAS, implemented in October 2013, at a cost of $47 million. The problem with the program? It does its math in such a way to find fraud — by creating it out of thin air.

This has been publicly reported since Ryan Felton’s story for MT on July 1, 2015.

How did it work? Instead of logging income for when people were unemployed, it divided the income across an entire quarter, essentially saying that people were being paid income while they were actually unemployed.

How often was the program wrong? According to a recent study, it falsely identified fraud an astounding 93 percent of the time.

Then the people who applied for benefits often suddenly found themselves on the sharp end of the stick, getting returns garnished, being hit with expensive judgments — basically being harassed by the agency that was tasked with helping them.

And good luck to them if they wanted to talk to a human being. Under the Snyder administration, the agency’s staff had been slashed by hundreds. An audit from April discovered that during a one-month period in 2014 the agency failed to answer 89 percent of the calls placed to its call center.

It’s mostly bad news for hapless Michiganders who saw their federal refunds seized by the UIA. But it's great news for the state, which saw its unemployment insurance contingent funds balloon from $3.1 million in 20011 to about $155 million in October 2016.

In fact, these “savings” were eventually tapped into by the Republican legislature to help balance a budget that was full of plenty of giveaways to their constituencies.

“It’s literally balancing the books on the backs of Michigan’s poorest and jobless,” attorney David Blanchard, who is pursuing a class action in federal court on behalf of several claimants, told Ryan Felton, reporting for the Guardian in December.

In short, this scam computer program cast a wide dragnet and had a lot of actual victims. You can see them in the reporting. "Kevin Grifka, an electrician who lives in metro Detroit, had his entire federal income tax garnished by the UIA, after it accused him of fraudulently collecting $12,000 in unemployment benefits" — and he watched his wife break down into tears a few weeks before Christmas over it. Joshua Coster of Ottawa County had his $2,700 tax refund taken by the UIA — "even though he never received a dime in benefits." Daniel Di Gregorio, a crane operator, decided to fight the $33,000 the UIA demanded. All the cases were overturned, but not before these good people were put through an emotional wringer.

So it's only natural if, after reading all this, you’re licking your chops in anticipation of what sorts of punishment will be meted out in this “reorganization.”

The only thing is, we don’t see any punishment. Sharon Moffett-Massey will stay on the state payroll, working on “special projects.” The director of the Talent Investment Agency, Wanda M. Stokes, released a three-point plan. Those who feel abused or unjustly ensnared by the UIA will likely look at this “three-point plan” and laugh sardonically. The plan includes such elementary points as “UIA must do a better job listening to its customers to ensure they are assisted effectively and efficiently to get the benefits they are entitled to.” Put in layman’s English: “The UIA must begin picking up the phone more often.” Or how about this doozy: “There have been challenges with the way the agency used data compiled by the MiDAS computer system to identify potential fraud. Work on this issue will continue.” In layperson’s English: “We fucked up by trusting the MiDAS program when it said you were trying to defraud us. We don’t believe shit that program says anymore.”

But, ultimately, what will happen? The agency’s thirtysomething legislative liaison, a guy who's been with UIA less than a year, will keep Moffett-Massey’s chair warm while they bring in somebody to really run things. Who will that be? Well, if they brought in Heidi Grether, the lady who ran PR for British Petroleum during the Deepwater Horizon disaster, to head up the Department of Environmental Quality, chances are they’ll bring in their kind of problem-solver: somebody who knows how to keep the press at bay.

Meanwhile, tens of thousands of cases identified by MiDAS as fraud have yet to be reviewed. And, given what’s happened, U-M professor Steven Gray told the Detroit Free Press that many former claimants have told him: “You will never see me apply for unemployment insurance benefits — I don't care how poor I am.”