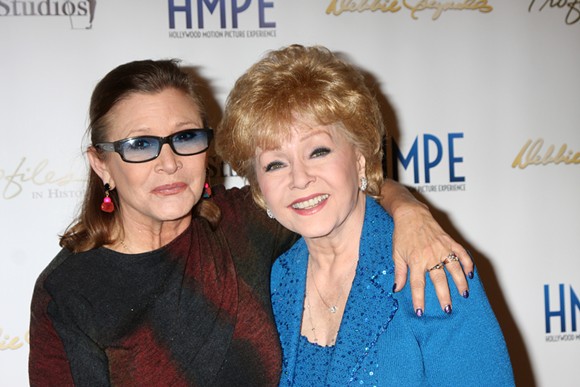 Unfortunately for all of us, 2016 had to finish the year with a sucker punch right in the gut: the passing of the iconic mother-daughter duo Carrie Fisher and Debbie Reynolds.

The cost is only $8 and you'll get to watch both flicks: Debbie Reynolds starring in The Unsinkable Molly Brown and Carrie Fisher in the iconic movie When Harry Met Sally where she stole every scene that she was in.

The double feature starts at 8 p.m. tonight at the Redford Theatre.