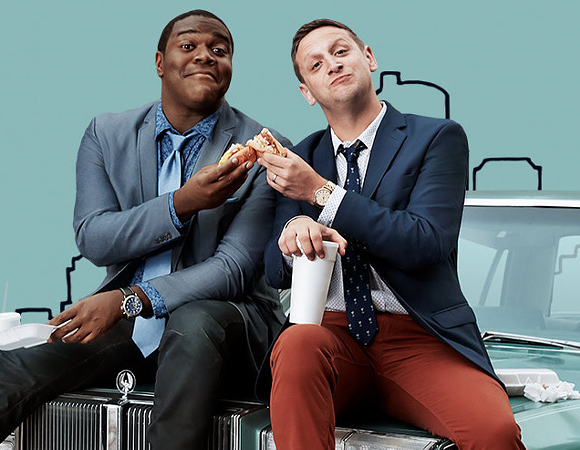 There is no better sign of friendship than buying someone a beer at your local neighborhood bar, and it seems that the stars of Comedy Central's new show Detroiters are doing just that.

24 participating bars in and around Detroit will be giving out one free beer between 10-11 p.m. to toast the premiere of the new show, the Detroit Free Press reports.

See also: 24 bars giving away free beer to celebrate the premiere of "Detroiters"

The show, created by and starring comedians Sam Richardson and Tim Robin, chronicles the lives of Sam and Tim as they work at a low-budget ad agency in Detroit. It's pretty much Mad Men meets Broad City and we're into it.

You can get more info about the free beer giveaway at the show's website here. You know how it goes — gotta be 21 to drink and only one beer at one location.