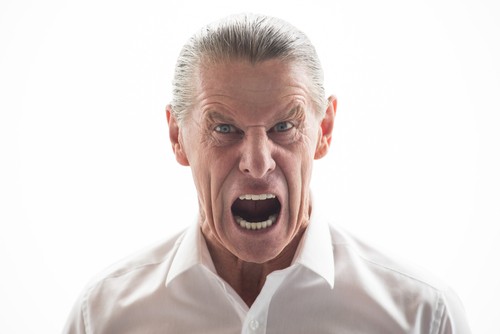 "Justice is rather the activity of truth, than a virtue in itself. Truth tells us what is due to others, and justice renders that due. Injustice is acting a lie."
—Horace Walpole

It’s ironic that Facebook, lately the source of so many inchoate political hip shots from all quarters, was the source of a strangely fulfilling philosophical exchange this weekend.

It all began with my simple observation as a metro Detroiter that, contrary to what many believe, there is no “Sharia Law” in Hamtramck or Dearborn — or anywhere else in metro Detroit. It was just a simple one-liner tossed out there, a message in a bottle saluted by more than a few people as it sailed out on its mission to oblivion.

But I did wonder if anybody was willing to take the next step. Given that the United States bears responsibility for the deaths of more than 1 million people in the Middle East — as well as destruction, disorder, refugee crises, and worse — was anybody game enough to see the statement, “Muslims want to destroy our way of life” as an act of what psychologists call “projection”? In other words: Doesn’t the aggressor often blame his victims for the crimes he commits against them?

Lest your eyes glaze over, think about it this way: Aren’t there plenty of good ol’ boys who pooh-pooh hundreds of years of chattel slavery, but are acutely upset that the taxes they pay go to black families as "unearned money?" Don’t we hear native-born Americans accuse Mexicans immigrants of stealing their jobs, even as they seldom mention the United States invading Mexico and taking half of it? Aren’t Native Americans called "Indian givers" when it’s the United States that broke every treaty with them?

Similarly, after more than a decade of tossing bombs every which way in the Middle East, we now hear again and again that it is Muslims who want to destroy our way of life.

But I also saw an emotional component to this recent victim-blaming: It usually found its most full-throated utterance in a tone of rage. I noted that I’d heard that people, usually men, often use anger to disguise feelings of sadness or shame.

A perceptive friend who has spent plenty of time in both the United States and the Middle East shared that this is something she thinks about a lot lately. “This is something I've noticed again and again with people that I've known personally,” she wrote. “The weird angry politics are almost always connected to deep unspoken feelings of shame. I've never heard anyone else talk about this.”

Where did I pick up my awareness of it? Some of it comes from insights shared by friends and therapists over the years. But most of it comes from a few choice discussions with guys in the "Men's Movement" — dating back to 2006, when I wrote a cover stories for Metro Times on the phenomenon.

The men’s movement rose briefly to prominence in the 1990s, but hasn’t become as widely recognized in this century. It’s not hard to see why. The movement, such as it is, has a lot of things that simply aren't big draws for sophisticated people: the trappings of encounter groups, hippie-dippy ritual, questionable neologisms, touchy-feely candor, a culty vibe.

That said, it's one of the last bastions of irony-free self-examination for men, where an almost naively earnest spirit prevails, free of shaming. These guys get near the heart of the matter when it comes to why many men avoid "the truth" if it triggers feelings of sadness or shame. But those emotions can’t be dealt with until they’re first acknowledged and then felt. Men’s groups provide a safe, supportive environment for those volatile emotions to find release.

All this seems to suggest that our problems run much deeper than our institutions: Our problems are embedded in our mythology, in our mass psychology, our philosophy. That too many of America’s 150 million men are emotionally crippled, unable to express their feelings, and resort to badmouthing those who do share as “victims” confounded by “white guilt.”

Where is the answer to a deeply ingrained problem like this? Well, it's obviously not in the kind of jingoistic “news” that enables it. But it’s also not in the sophisticates' recommended treatment program of scold and scorn. And it won’t come from the ironic goof-offs making light of our problems on comedy shows. (Sometimes it isn't irony; sometimes it's a damn lie.)

No, this calls for an almost incredible level of frankness and sincerity. We need to understand why so many angry men feel as they do. That means looking at your blustering uncle, grandfather, or cousin and understanding that it’s emotionally difficult to accept the regret and anguish over what’s been wrought in their name, and why it’s comparatively seductive to bark out angry accusations of blame.

Clearly, we have a lot of work to do if we’re going to unsnarl our collective mythology and try to get at the truth, no matter how uncomfortable it makes us. But all that hard work is necessary. And if it should produce a new ethos for what it means to be a manly American, so much the better.