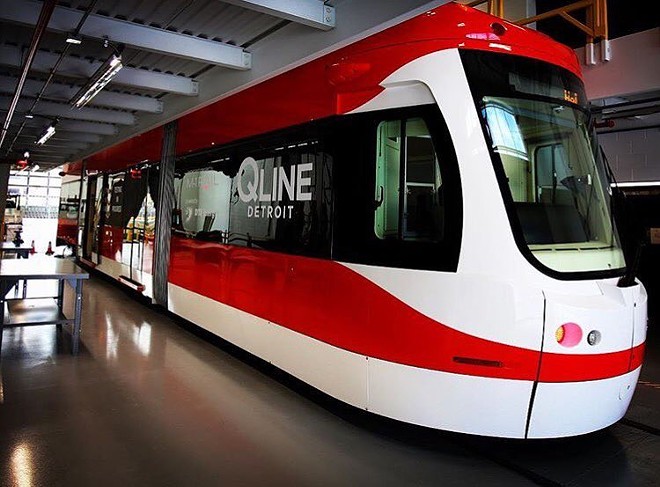 It was reported yesterday that the QLine (which opens in 9 days) takes just under 25 minutes to complete the full 3 miles of track in Detroit — starting from the northern-most stop in New Center all the way to the heart of downtown.

Granted, every person that rides the QLine won't be making the full 3 mile trek every single ride, but for people who plan to park their car in New Center and take the streetcar down to work or a sporting event will have to accommodate another half hour to their commute.

1. Traveling almost anywhere in metro Detroit on a freeway:
We are called the Motor City after all and our highways (usually) get us places fairly quickly. You can travel from Southern Macomb and Oakland counties to downtown Detroit in a solid 25 minutes on the freeway.

3. Watch an episode of Parks & Recreation on Netflix:
In fact, you could pause the episode, use the bathroom, and still finish the show in a shorter amount of time than taking the QLine.

4. Bake a batch of cupcakes:
Or brownies. Or cookies. Or anything, really.

5. Wait in line for a food truck in Campus Martius in the middle of summer:
Those food truck lines can be pretty long, but you're definitely not waiting 25 minutes for the Mac Shack.

7. Shop at Eastern Market:
Once you eventually find a parking spot in the market (and assuming it's not Flower Day), you can get in and out of that baby in 20 minutes or less.

9. Ride your bike down the Dequindre Cut:
And if you can run an 8-minute mile, you could probably beat the QLine to downtown!