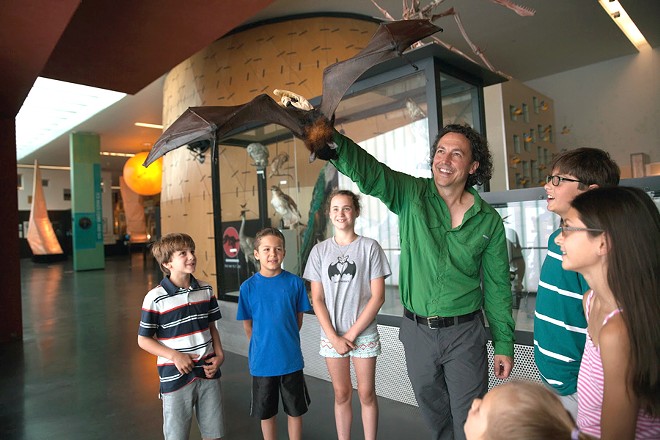 The bats at the Cranbrook Institute for Science are moving on up.

After 15 years in Bloomfield Hills, the Organization for Bat Conservation's Bat Zone is relocating to a new 10,000-square-foot headquarters in Pontiac's former First Federal building. The Bat Zone's final day at the Cranbrook campus will be on May 28, with a planned "The Great Bat Migration Celebration" that will be the last chance for the public to see the bats until the new facility opens in July.

Related Community Spotlight: The Organization for Bat Conservation has been helping our furry, flying friends for nearly 20 years: Going batty

Community Spotlight: The Organization for Bat Conservation has been helping our furry, flying friends for nearly 20 years
Going batty
By Lee DeVito
Local News
The Organization for Bat Conservation has been at Cranbrook for 15 years, where they educate the public on what very well may be the most misunderstood mammals. In recent years, the nonprofit group has raised awareness about white-nose syndrome, a fungal disease that has killed millions bats a year. The disease spread to Michigan bats in 2014.

Once the Organization for Bat Conservation moves, the former Bat Zone at the Cranbrook Institute of Science will be re-opened as a "hands-on space" with rotating exhibits, according to a press release. A dinosaur exhibit is planned for late summer.

More information on the Organization for Bat Conservation is available at batconservation.org.