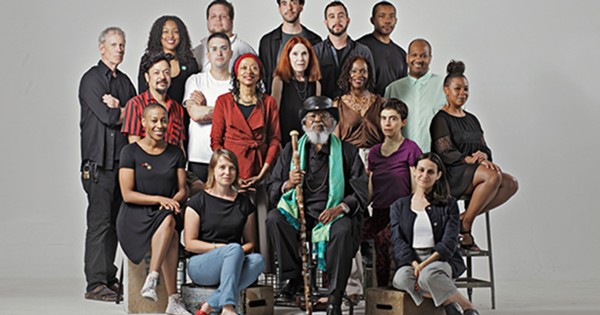 More than 750 local artists applied to be a 2017 Kresge Artist Fellow and to take home an unrestricted $25,000 prize, and today 18 winners were announced.

The group is a reflection of both up-and-coming artists in Detroit as well as those who have already spent many years affecting change with their work.

Twisted Storytellers founder Satori Shakoor, for instance, was named a fellow this year as was sculptor Robert Sestok.

Metro Times contributor Drew Philp, who recently penned the tome A $500 House in Detroit: Rebuilding an Abandoned Home and an American City is among the fellows as well.

Former Metro Times staffer and investigative reporter Allie Gross was also awarded a grant for her work in literary arts. Gross penned several immersive stories for Metro Times, including "The Throwaways," a deep dive into the increasing violence experienced by trans women in Detroit and Out from Under, the story of a family fighting to win its home back from the Wayne County Auction.