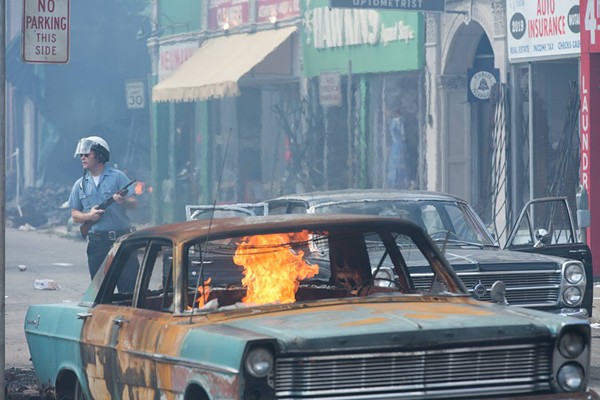 Look out, Hollywood: Detroit is set to roll out the red carpet for a highly anticipated film premiere.

Detroit — the upcoming film by Zero Dark Thirty director Kathryn Bigelow about the 1967 riot/rebellion ("ri-bellion" in MT office parlance) — will make its world premiere right here in the Motor City. The event is scheduled for Tuesday, July 25 at the 5,000-seat Fox Theatre; the film will then get a wider release nationally on Aug. 4.

As the Detroit Free Press notes, it's unprecedented for Detroit to get the premiere; even Detroit-centric films like 8 Mile and Gran Torino debuted in other cities. As of now, it's not clear if the event will be open to the public, or which of the film's stars — John Boyega? Anthony Mackie? Jason Mitchell? Samira Wiley? — will be in attendance.

Premiering the film in the city that inspired it is a slick PR move, and one that is sure to draw attention to the city nearly 50 years to the day after the events took place.

Why the Detroit Historical Museum's new 1967 exhibit needs to be seen
By Michael Jackman
The Scene
The film was only partially filmed in Detroit. While crews spent about three days in Detroit and Hamtramck in 2016 filming scenes, the bulk of the movie was shot in Massachusetts, thanks to the state's generous film incentive program. Michigan used to have a competitive film tax incentive program, but it was dropped by Gov. Rick Snyder in 2015.

Watch the latest trailer for Detroit below: