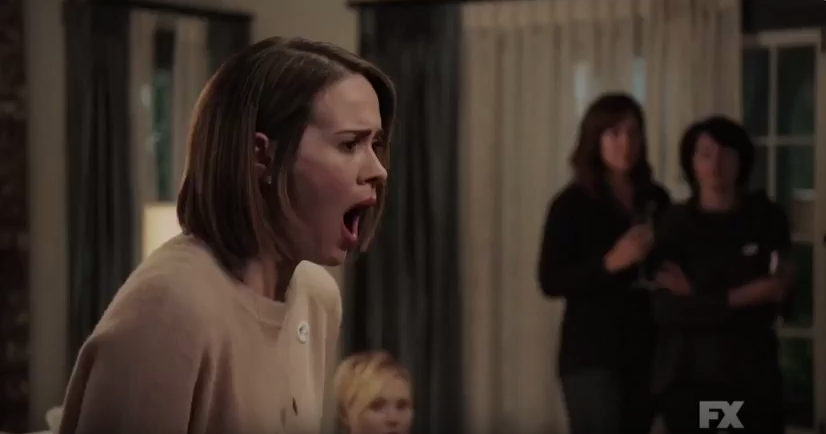 Last week news broke that the impending seventh season of Fox's drama series American Horror Story would be set in Michigan. Today, more details about the season emerged via a one minute trailer.

The trailer confirms what we already know, that the season will be set in Michigan during the 2016 presidential election. But, we now know that Sarah Paulson and Allison Pill will play a wealthy lesbian couple with children living in Michigan. Paulson's character, Ally, becomes increasingly unhinged by the devastating news and begins seeing creepy clowns everywhere. Yes — we're getting a visit from ol' Twisty the Clown.

View the trailer below:
While Lady Gaga will not be returning this season, Chaz Bono, Lena Dunham, and Billy Eichner are all listed as guest stars.