Michigan fall foliage may be here sooner than you think

While we hate to be the bearer of bad news here, August is ending which means summer is officially over and the regrets of never achieving your summer bod start to set in. As depressing as this seasonal change may be, it does bring autumn, which means changing leaf colors, pumpkin-flavored everything, and an abundance of scarves.

We normally wouldn't start talking about the leaves changing colors until well into September, but it turns out that the heavy precipitation we experienced over the summer could lead to the leaves changing their colors a little bit earlier than normal.

According to the website smokymountains.com and their spiffy fall foliage map, some of the peak fall colors in northern Michigan will be happening by mid-September. 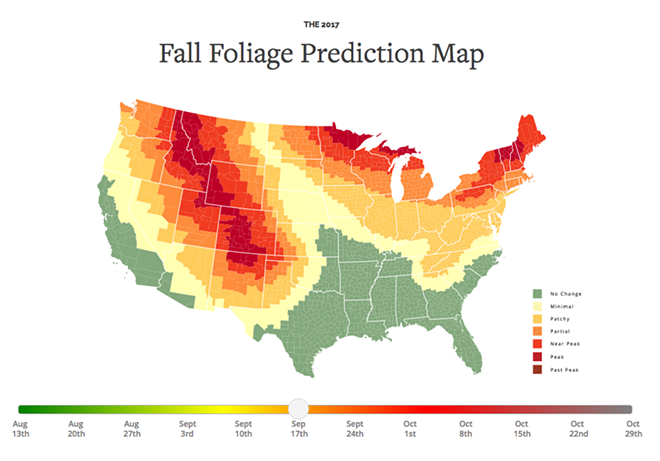 Just a week later most of the U.P. will have brown leaves, leaving it the peak time to see the leaves in scenic parts of "Up North" like Traverse City or taking a ride down the winding M-22 highway. 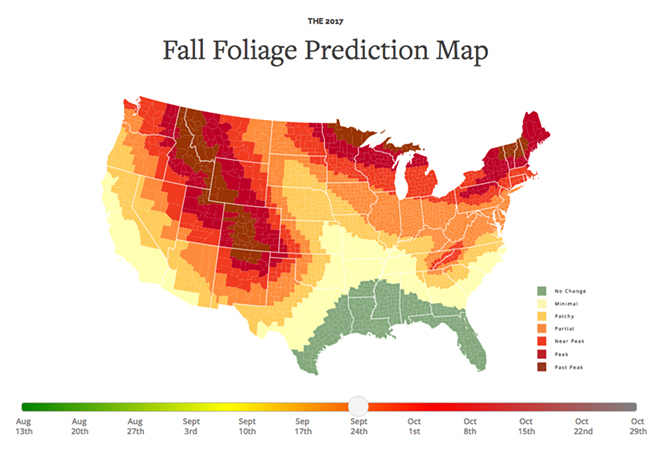 We will be in our prime in metro Detroit by the time the first of October rolls around, but by the time it hits October 8 all of the leaves in Michigan will have turned brown.

May we suggest planning those trips Up North sooner than later?