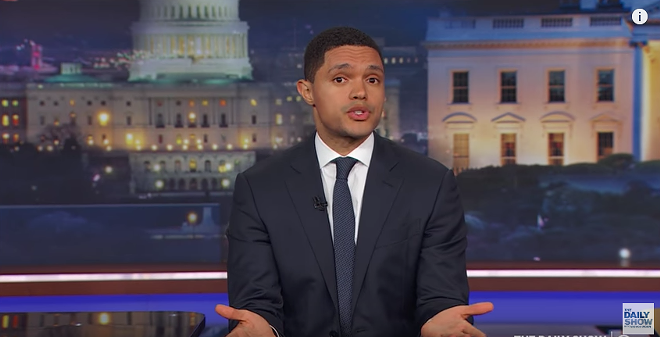 From taking on Donald Trump to calling out politicians who are bought by the NRA, Trevor Noah finally seems to have found his voice after taking over the Daily Show from Jon Stewart a little over two years ago.

Luckily for us Detroiters, Noah is coming to the Fox Theatre on Friday, February 23 for a night of big laughs and hopefully some decent jabs at Trump.

Noah's stand-up shows is how the comedian first broke through in the comedy world and landed himself the gig at Comedy Central. Just watch any of his recent Netflix stand-up specials and you'll see just how fun you're about to have at the Fox in February.