Detroit's Christmas Tree Lighting ceremony promised to be bigger, better than ever 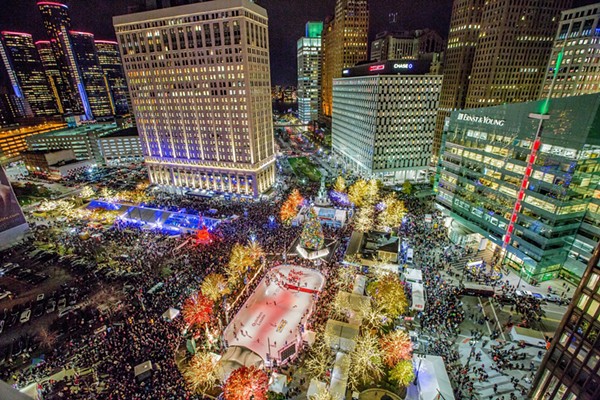 This year, the Downtown Detroit Partnership, which helps plan the ceremony along with the DTE Energy Foundation, has planned an over-the-top event unlike anything Detroiters have seen before.

The event, which begins at 5 p.m., will include a holiday-themed performance by U.S. Olympic medalist and four-time U.S. Figure Skating Champion Jeremy Abbott, plus live music from hometown heroines Jessica Hernandez and Thornetta Davis.

As in years past, there will also be horse-drawn carriage rides along Woodward Avenue, plus the Campus Martius ice skating rink will open at 9 p.m.

In order to prepare for a crowd that is anticipated to be of unprecedented size, organizers will erect a state of the art sound system and LED video wall to ensure everyone has a clear view as the tree's 19,000 lights shine anew.

There will also be photos with Santa, free hot chocolate, and a "Winter Fountain" bar. Guests can also take free shuttle rides to and from Beacon Park, which will be hosting additional Christmas Tree Lighting programming.