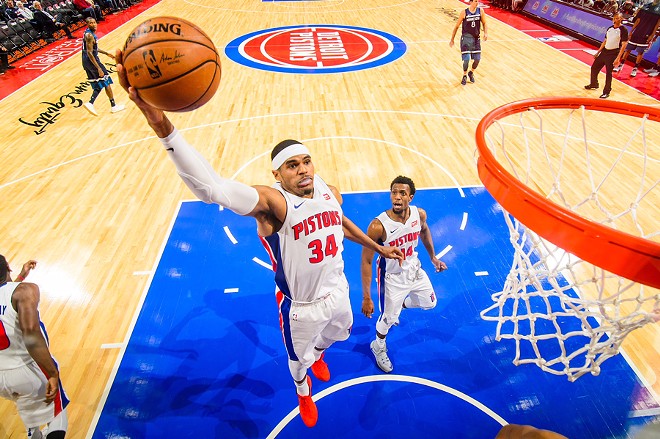 The head coach of the Detroit Pistons has endorsed the political statements of protest appearing in professional sports, and argues that we all should too.

In an opinion piece published in Time magazine, Pistons head coach Stan Van Gundy wrote, "In a time where bigotry seems on the rise and commitment to racial equality on the decline, I have an obligation as a citizen to speak out and to support, in any way possible, those brave and patriotic athletes who are working to bring change to our country. I believe all of us do."

Van Gundy, who was hired on as head coach three and a half years ago, said he got a better understanding of the take-a-knee phenomenon after Michael Eric Dyson answered his invitation to speak to the team. "He discussed the difference between nationalism and patriotism," Van Gundy wrote, "and it stuck with me. Nationalism, he said, is supporting your country no matter what, right or wrong. Patriotism, on the other hand, is caring so deeply about your country that you take it as your duty to hold it accountable to its highest values and to fight to make it the very best it can be. Under this definition, these athletes and coaches are role models of American patriotism."

Van Gundy and Dyson are right, of course, but the sentiment predates even the NBA. As H.L. Mencken pointed out almost a century ago, the idea that those protesting for change hate their country is "naïve and usually idiotic." Mencken had said, "He is, more likely, one who likes his country more than the rest of us, and is thus more disturbed than the rest of us when he sees it debauched. He is not a bad citizen turning to crime; he is a good citizen driven to despair.”

But Van Gundy goes one better: He lists some of the actual changes that protesting athletes are asking for. That's something that often gets lost in all these attempts to claim that protesters hate the flag, the president, or the military: The actual reforms they're calling for simply aren't that hard to discover. And, thanks to Van Gundy, they're easier to examine than ever. Nice hustle, coach.