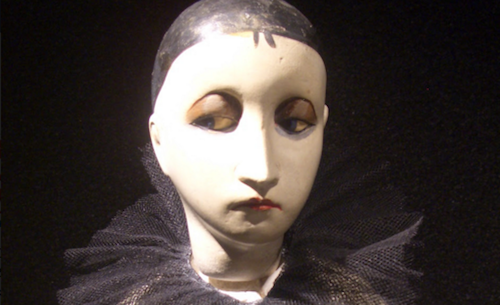 As the downtown and mid-city areas of Detroit see rising rents and soaring occupancy rates, it hasn't been all great news for everybody. Some arts nonprofits that were formerly able to eke out existences in the city have had to find new homes. Some have been more fortunate than others. The Carr Center, for instance, has a new, albeit temporary, home thanks to Dan Gilbert's family of companies.

PuppetART Theatre, like the Carr Center, was also on East Grand River Avenue. When it announced it was leaving its downtown space in August, it offered no hint that it had to do with the changing face of downtown, saying simply that the space no longer met its needs "as a growing center for puppetry." The performance space and museum moved to a temporary space in Southfield, where they're now actively seeking donations so they can continue their work.

PuppetART theatre to close its downtown Detroit location of nearly 20 years
By Jack Roskopp
The Scene
In a statement released today, artistic director Igor Gozman said, "Your donation will help us bring you new productions, as well as perform our existing shows at various venues, maintain our studio and museum, and offer special events throughout the season. More importantly, your valuable contribution will help ensure the success of our future so that we may continue to make a difference in the lives of children, and those adults who are children at heart."

Or if you'd rather support the group with your patronage, bring the kids on down to the International Institute of Metropolitan Detroit on the days after Christmas, when PuppetART will present The Snow Queen. You might just be surprised at how the old magic of puppetry still works on today's screen-dazed youths, and maybe become a supporter.

To make a donation to PuppetART Theatre, click here.