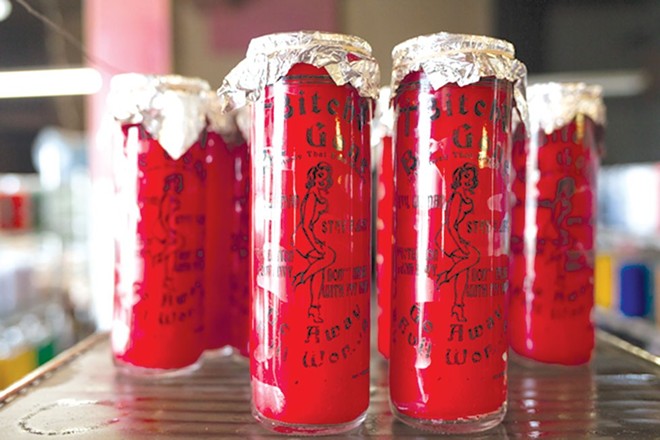 The Viola Building in Eastern Market has recently been purchased for just under the nearly $2 million asking price, according to Curbed Detroit.

Related Best Place to Get a Candle to Solve All Your Problems: Discount Candle

Best Place to Get a Candle to Solve All Your Problems
Discount Candle
Shops + Services
The building is home to Discount Candles, a store that specializes in 7-Day candles that are designed to help with any of life's little problems (OK a healthy amount of superstitiousness is also required). The store is a holdover from pre-New Detroit days, and is beloved by locals.

A guide to Detroit’s densest shopping hubs
You better shop around
By Alysa Zavala-Offman
Local News
While the building's new owner has not yet been revealed, Steven Silverman, an agent with Friedman Integrated Real Estate Solutions, represented the purchaser during the sale. Silverman says Discount Candles has a lease through March 2018 and the store's renewal or lease extension will be looked at more closely in the coming months. As of now, no decisions have yet been made about the future of Discount Candles.

This 'Bitch Be Gone' candle from Discount Candles drives away romantic adversaries
By Alysa Zavala-Offman
Culture
"The purchaser ... recognizes the importance of Discount Candles to the greater Eastern Market community and will work diligently to ensure their success for many years to come, whether at the Viola Building or another home in Eastern Market," Silverman tells Metro Times.

According to Curbed, the building's new owners plans on renovating the interior and exterior of the building, including tuck pointing, installing new windows, acid washing, putting on a new roof, fixing the elevator, and adding air conditioning. The ground floor will remain a space for retail or a restaurant. Higher floors will have for-lease office space.