Seven fast facts about Dr. Martin Luther King Jr.'s 'I have a dream' speech in Detroit 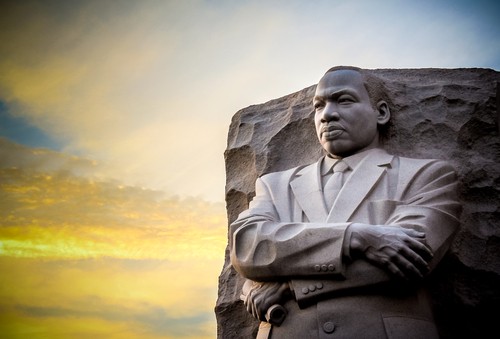 2.) One co-organizer, the Rev. Albert Cleage, was increasingly involved in black nationalism and originally wanted the march to be all-black. At the insistence of the Detroit branch of the NAACP, the decision to include white people was embraced. White march leaders included Detroit Mayor Jerome P. Cavanagh and UAW President Walter Reuther.

3.) The momentous occasion was almost completely overshadowed by the March on Washington for Jobs and Freedom two months later. Few recall the Detroit march was "the largest civil rights demonstration in the nation's history" up to that date, or that King called the march "one of the most wonderful things that has happened in America."

4.) At Cobo Hall that day, before a crowd of tens of thousands, an original version of Dr. King's "I Have a Dream" speech was given before the version most remember, from the "March on Washington."

5.) The recorded speech was released by Gordy Records, a subsidiary of Motown, and can therefore be considered an early Motown single. King asked that the royalties go to the Southern Christian Leadership Conference (SCLC).

6.) The "Walk to Freedom" was originally intended to commemorate 20 years since the brutal Detroit race riot of 1943.

7.) Dr. King exhorted Detroiters to support the cause of the fight against Jim Crow in the South by getting rid of segregation in schools, at work, and at home. Almost 55 years later, Detroit remains one of the most segregated metropolitan areas in the country.