Ash Nowak and Jon Dones were still setting up for their 10th anniversary dance party/art exhibition when we spoke by phone on Thursday afternoon. Together the pair are known as Haute to Death, the DJ duo behind a decade of art-influenced dance parties at Temple Bar.

To celebrate those 10 years, they're setting up a retrospective art exhibit inside Red Bull House of Art, where they'll showcase photos, posters, and other memorabilia — archives that serve as a remembrance of the parties that have gone before us. 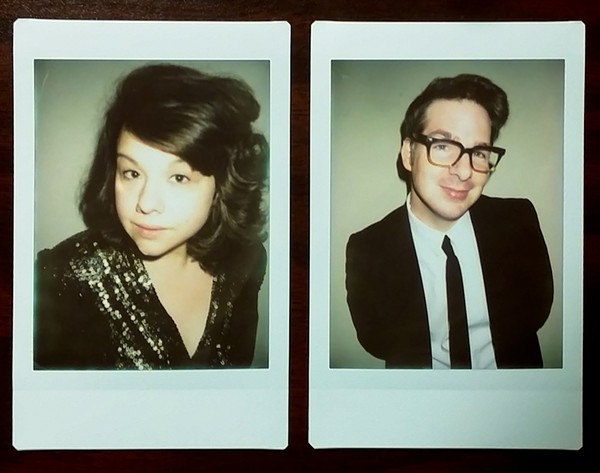 Having not yet reached their mid-30s, Nowak and Dones have managed a particularly difficult feat: They helm a popular dance night that continues to stay relevant, despite ever-changing tastes and population fluctuations. It's a balancing act that Dones says requires consistency and acts of self-preservation.

"From the beginning, we imagined we would do this for a while," Dones says. "We thought a lot about the type of people who would come, the feel of the party. We had a lot of conversations laying out the bands, artists, and books we were inspired by."

The party — which is lavishly described as a "social center of gravity for the city’s creators, instigators, and other thrill-seeking bon vivants who understand how absolutely powerful and cathartic a great night out can be" — is, at its core, an art-inspired dance night that attracts a certain kind of person. Neither Nowak nor Dones mince words about that.

"We called for our freaks, our people, and they heard us loud and clear," Nowak says. "These are my people. This is where I belong."

There is really no more apropos way to celebrate the DJ duo's 10 year anniversary than an art exhibit. Aptly titled Deca/Dance, guests will get a taste of the party's beginnings as well as what's in store for the future.

While the pair were vague on details, they hinted that new developments were in the works.

"I hesitate to reveal too much," Dones says. "We want you to come and feel it, not just read about it."

What is for sure to come is a self-published book that will contain more Haute to Death artifacts. Nowak says it will be released during Movement, when the pair usually host a "getaway party" or two. While they haven't decided on a title for the tome, they say it will be a photo-heavy coffee table book that details the party's birth and subsequent history.

But for now, the pair are focused on the quickly approaching party taking place at Red Bull House of Art this Friday night.

"We're just so excited to see everyone," Nowak says. "This isn't just a party about us. It's a show about you."

Deca/Dance takes place on Friday, Feb. 2 from 6 to 10 p.m. at Red Bull House of Art. The event is free and open to the public.