This winter storm has a name and it's Mateo 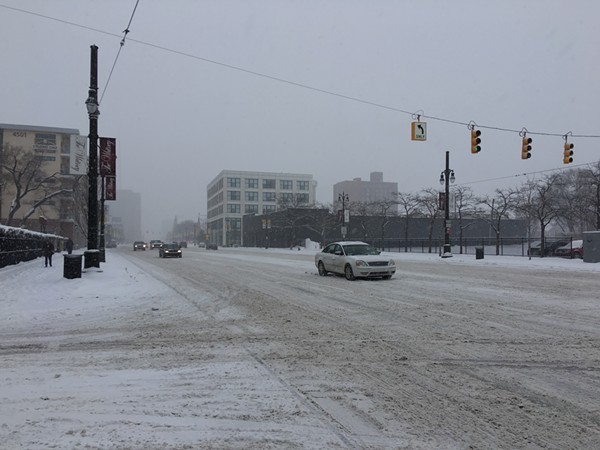 It's not Snowmageddon, it's not the Snowpocalypse, and it's not Snowzilla. This weekend's winter storm is a boy, and his name is Mateo.

At least that's according to the Weather Channel, which has been in the habit of naming winter storms for the past six seasons. They announced the names for the 2017-2018 season in October, which are used in alphabetical order not unlike the hurricane naming system.

"It's simply easier to communicate about a complex storm if it has a name, which our naming program has demonstrated," The Weather Channel's Bryan Norcross said of the system. "Good communications benefits everyone."

This season, The Weather Channel's names come from a list of 2016's most popular baby names. (So yes, that means there was a winter storm Aiden.) However, the system is more complicated than that: The Weather Channel says it excludes any Atlantic hurricane names on the National Hurricane Center lists for the next six years, any eastern Pacific names on the list for the next two years, and any retired hurricane names — or those that have been particularly deadly, destructive, and otherwise historic.

So again, that's Mateo — the Spanish form of Matthew, derived from the Hebrew word for gift. You know, like a "gift" of 6 to 9 inches of snow to start your weekend.

Of course, not everybody is onboard with this naming system. Some might just call this weather pattern "another Michigan winter." WJBK tweeted this bold declaration of defiance yesterday:

We're not going to come up with some cheesy name to describe tomorrow's snow. It's just...going to be a lot of it. The best thing you can do is be prepared for it: https://t.co/XeTFtJSj5z #snow #miwx pic.twitter.com/RSeKOSjkzi

Whatever you call it, drive carefully.