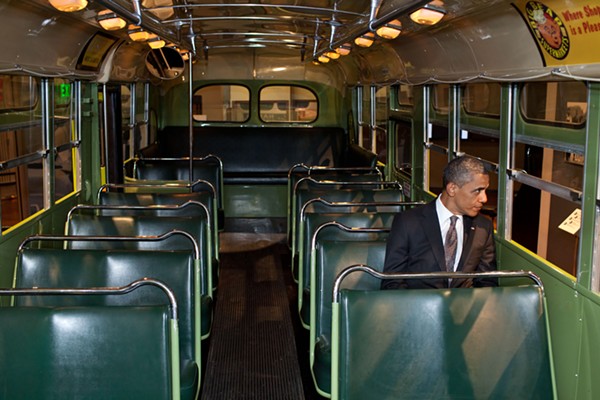 If a picture is, in fact, worth a thousand words, then the work of photojournalist and former chief official White House photographer for both presidents Ronald Reagan and Barack Obama could fill anthologies. Souza, who captured Obama’s most private moments, gave us the now iconic image of the president sitting on the same bus where Rosa Parks refused to give up her seat in 1955. The bus is now located in the Henry Ford Museum in Dearborn, where Souza will be in attendance to share intimate stories spanning his career. He'll also discuss his latest book, Obama: An Intimate Portrait.