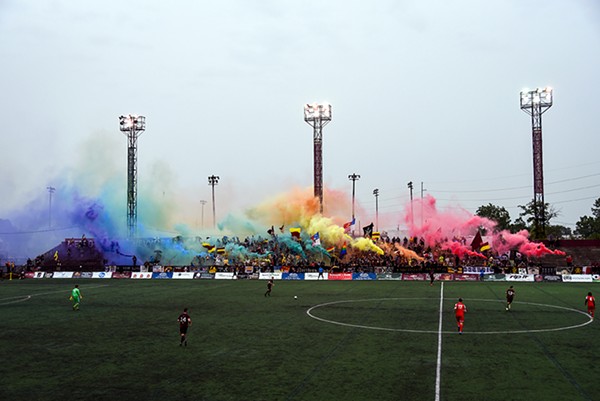 No mere "beer league" (although, yes, there is plenty of beer), DCFC keeps getting bigger and bigger since it was founded in 2012, drawing crowds of between 5,000 to 7,000 enthusiastic, smoke-bomb wielding hooligans and facing off against international top-tier teams. Plus, Le Rouge has been vocal about its intentions to one day turn pro.

While billionaires Dan Gilbert and Tom Gores lost a bid to get a Detroit Major League Soccer team in 2020, they could have another chance for 2022 when MLS will offer two more expansion franchise opportunities. Until then (and heck, probably long after then, too), we'll repeat the battle cry of DCFC fans: "City 'til we die."