No, Michigan Central Station did not light up in solidarity with UFO Factory last night 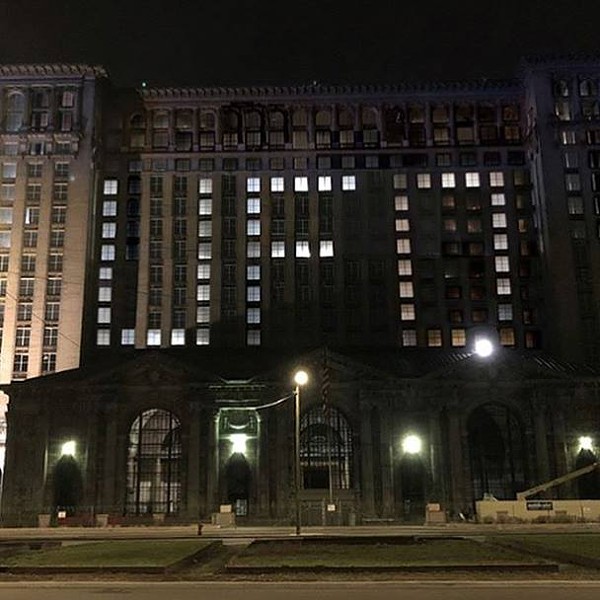 We want to believe.

If you're like us and mindlessly scrolled through social media for an hour before entertaining the idea of sleep last night, then you may have stumbled upon photos of Michigan Central Station allegedly illuminated in solidarity for Corktown's befallen UFO Factory.

This begs the question — why the hell would the owners of the train station give a shit about UFO Factory? Why now?

surprised to see the train station tribute to the @ufofactory

Musician Warren Defever posted the photos on Instagram, where he said he was "surprised" to see the touching tribute to the UFO Factory. But after, like, three minutes of digging around on Twitter, we discovered that Defever had a different story there. Suddenly, Defever was privy to the entire backstory of the alleged homage, claiming that a former UFO Factory employee forced out of work after the club shut down got a job working at MCS.

So, which is it? We sent a photographer shortly after Defever's posts went up to scope the scene. The following photo was snapped around midnight — with no "UFO" in sight. 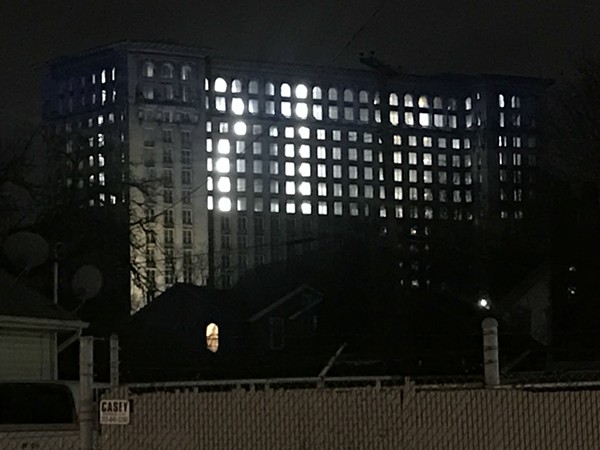 pic looks pretty good," Jerry Paffendorf, our volunteer scout, told us. "I wonder if they took the time to leave a camera on a tripod and take two pictures, one when it was dark before the lights came on and one after, and then edited. Not sure, but it didn’t say 'UFO' around midnight."

This would not be the first time Michigan Central Station has put on a light display. In September, the station went ablaze with a rainbow light show for the Detroit Homecoming event. Most recently, Eminem promoted his latest record Revival with a projection across the historic building.

UFO Factory has remained in disrepair since August 2017, when Elton Park developers Soave Enterprises compromised the foundation during nearby construction, rendering the beloved rock club condemned. UFO Factory rests in the shadows of the multi-million dollar mixed-use development, and although club owner Dion D. Fischer has not yet announced a re-open date, the building finally has a new wall.

As for the alleged UFO Factory tribute at the train station? The truth is out there, or something.