More than meets the eye at the upcoming Arab Film Festival 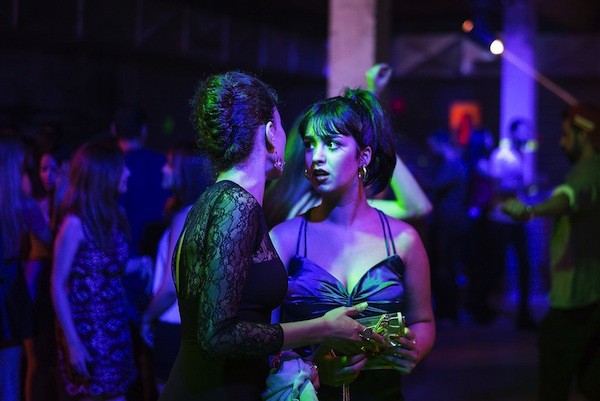 The typical American gets no help understanding the Arab Middle East from the mass media these days. Though the region has many ethnicities, religions, and varying traditions and even cuisines, it is often starkly presented as a monolithic cultural landscape dominated by theocratic conformism that flares into sectarian violence.

That's why we should count ourselves lucky that the Arab Film Festival joins forces with the Cinetopia Film Festival a few weeks from now, with screenings in Ann Arbor and Dearborn. Not only is it a corrective to the dreary view of the Arabic peoples of the Middle East, it's looking like some of the material will blow you away with how unexpected it is. That's because one of the festival's goals is "to amplify the perspective of marginalized communities."

For instance, Beauty and the Dogs tells the story of a young Tunisian woman’s harrowing night in which she must fight for her rights and her dignity. The Campaign is a film about the fight to end sexual harassment in Egypt. After that film, a discussion will ensue with Jenny Montasir, director of The Campaign, and Amanda Ajrouche, coordinator of domestic violence prevention at ACCESS.

Several other films make the fest sound like anything but staid. You can catch the Michigan premiere of Mr. Gay Syria, by Ayse Toprak, which offers an intimate look at several gay Syrian men who've taken refuge in Instanbul. You can also expect short films celebrating female Arab filmmakers, and a feature about an elderly Arab American who uses the awesome power of virtual reality to visit his hometown in Lebanon. The program will even include a classic, the first Lebanese film entered in the Cannes Film Festival: Where To? — directed by the grandfather of Lebanese film, Georges Nasser. (A documentary on the Lebanese director will also be screened.)

You can also expect a swanky opening reception, as well as workshops on screenwriting, a discussion of Arab American representation in the media, and even an Iftar dinner following the inspiring documentary film Soufra that follows one woman’s mission to start a food catering business in the Burj el-Barajneh refugee camp in Lebanon (June 9).

The Arab American National Museum is at 13624 Michigan Ave., Dearborn; see arabamericanmuseum.org or call 313-582-2266 for further information. All films will be presented with English subtitles.