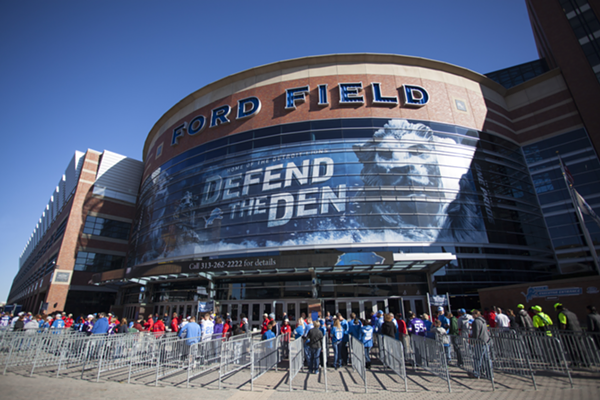 The Detroit Lions can’t even be the best at being the worst.

The team has placed 31st in a Forbes' latest ranking of the most valuable NFL franchises, meaning it is the second-least valuable, eclipsed only by fellow friends-in-failure, the Buffalo Bills.

Forbes reports the Lions are valued at $1.7 billion.

Separately, the Lions, along with the Bills and Cincinnati Bengals, are the only NFL teams with the dubious distinction of having never cracked the publication's top 50 most valuable sports franchises (the Cowboys once again topped that list, because of course they fucking did).

The world's most valuable sports teams of 2018:


The wheel of fortune has rendered mixed results for the Lions as of late. Excitement over a new coach was quickly tempered by a sexual assault scandal. And though the team has certainly improved in recent years (how can anyone forget the infamous 0-16 season a decade ago?), analysts still aren't predicting a stellar 2018. The franchise's failure to sign DE Ezekiel “Ziggy” Ansah to a long-term deal is doing little to alleviate concerns. (The upside is that tickets are still relatively cheap? Just kidding, we'd much rather have to see the Lions win on TV than watch them lose from the stands.)

At any rate, the Lions often pleasantly surprise before they disappoint. So mark your calendars for the kickoff of this year's roller coaster ride: The regular season starts with a Monday Night Football game at Ford Field on Sept. 10.

Jacob Stocking is a summer editorial intern with the MetroTimes.