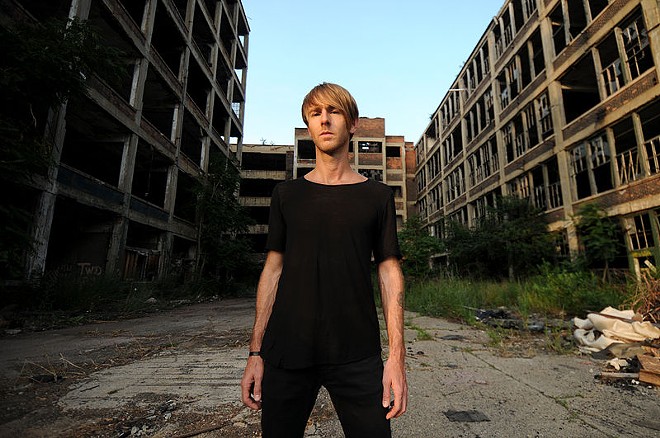 Detroit loves a good party, and that's something that Paxahau promises to deliver with its newly announced event celebrating the hometown promoter's 20-year anniversary.

Taking place on Sept. 8, the Movement Music Festival organizers are giving a tip of the hat to the fans that have stuck with them for the past two decades with an event that plays heavy into nostalgia. Serving up a little Detroit dance music history, Paxahau is bringing Plus 8 Records founders and global heavyweights Richie Hawtin and John Acquaviva.

At the beginning of their respective careers, the then Windsor-based DJs cut their teeth in the Detroit techno scene in the early '90s. The two DJs would go on to become hugely influential, playing a heavy hand in the city's second wave of Detroit techno and dishing out some early minimal techno along with Detroit native's Robert Hood and Daniel Bell.

To celebrate 20 years of raving, Paxahau is changing up the scene by sending the party into a long-beloved, but long-dormant rave space. Heading to Bert's Warehouse Theatre in Detroit's Eastern Market, Pax.20 will give old heads a chance to reminisce on raves long past while new fans will get to enjoy the underground vibe that has made Detroit famous the world over. With support from underground legend Acid Pimp, Pax 2.0 is already shaping up to be a heater.