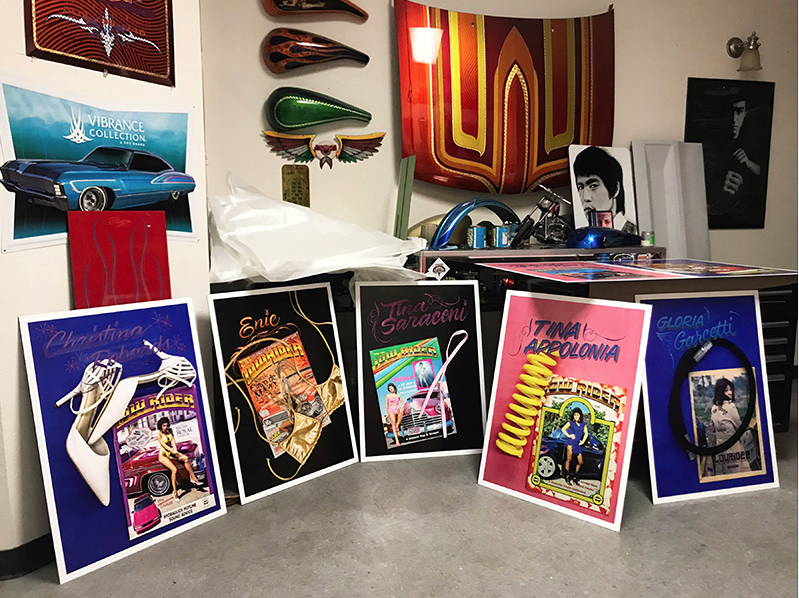 Launched in 1977, the San Jose-based Lowrider car enthusiast magazine struggled until it made an editorial decision that clicked: placing beautiful women on its cover alongside the beautiful cars.

The magazine continued the tradition until 2015, announcing female models would cease to appear in its photography just one week after Playboy announced its (short-lived) decision not to include fully nude models. Artist Liz Cohen’s latest body of work is a tribute to cover models of Lowrider, who contributed to the aesthetic and visibility of lowrider and Chicano culture — what Cohen sees as a form of “playful defiance that characterizes lowriding as a form of cultural resistance.”