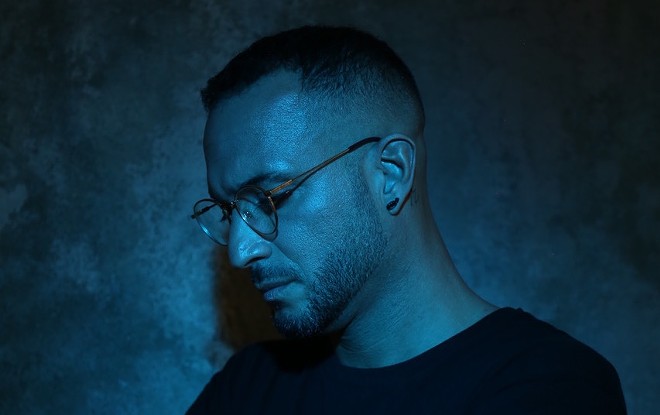 For Loco Dice, returning to Detroit is always a family affair.

The German DJ and producer had a longstanding relationship with the city — both personally and musically — for the past decade, having played several events for local event producers Paxahau. In 2018, Loco Dice earned the special recognition of being a headliner at Movement Music Festival, an honor many techno DJs spend their whole career vying for. This time around, however, Loco Dice will perform in front of a much more intimate crowd at TV Lounge.

"TV Lounge is a club I played at a long time ago, and when you know more than half of the crowd, it feels like you're playin' in your living room," Loco Dice tells Metro Times. And for this renowned DJ, TV Lounge may feel like a living room compared to the colossal crowds of Ibizan nightclubs.

But that doesn't mean that Loco Dice has any intention of turning down the energy. On Friday, Nov. 30, Loco Dice is bringing his whole Desolat label crew for a Serán Bendecidos showcase featuring Guti, Caleb Calloway, Yaya, and Mandana.

"It's a bunch of friends who love hanging out together and having a good time, challenging each other in a music way," he says. "Everyone is preparing very well to play those records; we crack jokes, we are super relaxed and having a good time." That energy, Loco Dice says, will be palpable to the crowd as well. "We don't want to be too serious, we want people to have a good time like us the moment," he says.

Detroit isn't just a place to party, however. To Loco Dice, coming to Detroit is an opportunity to be inspired by the city itself, which can be heard on his 2018 album Love Letters. "Detroit played a big role in that album," he says. "Everything that I was creating and producing in the studio had an old school style."

When Loco Dice was in the studio, he wasn't sure if he'd be producing an album — there was no plan, no to go by — but the end result had the drums and melodies that any tech-head can readily recognize as Detroit influenced. "When I did the first track, which was 'Roots,' that was an homage to Detroit," he explains. "I was very influenced by Detroit to produce this record." Loco Dice also draws a lot of parallels to Detroit and his hometown of Düsseldorf, including "the D."

Even before Loco Dice, the music of Detroit and Düsselfdorf inspired each other. In the 1970s, the raw power of Detroit punk bands like MC5 and the Stooges would inspire a little known Düsseldorf group called Kraftwerk to relay that energy into synthesizers and keyboards. In turn, Kraftwerk would inspire Detroit's own innovators to imagine a new genre called techno. And thus, for Loco Dice, the music connection between the two cities is a strong one.

Early in his career when Loco Dice was a hip-hop producer, the records of Detroit were subliminally shaping his musical tastes — records from Underground Resistance, Carl Craig, Stacey Pullen, and Eddie Fowlkes. "I was listening to those kinds of tracks and didn't know all of this techno history, but then I slowly recognized, 'Wow, I have this record. I bought this record. I grew up with this record,'" he explains. "It was always with me, those drum sounds, those melodies. They shaped me in my early days when I became music producer and even now it's a source of inspiration."

Outside of the music though, Detroit is also an opportunity for Loco Dice to connect with old friends and experience the city. "Mainly what I love is to just get in the car and cruise," he says. "I want to take [Detroit] in, I want to see it. I always look and feel good there and feel ."

Loco Dice says he is enriched by doing simple things in Detroit, like just sitting on the couch in a friend's house and playing PlayStation. "You know, it’s like going to a friend's city. Or being in my own city and going to a friend’s house. That’s the correct way."

Those small moments with Loco Dice's Detroit family are also a chance to talk about how the city is changing. Though the city can boast the origin of techno, forces in Detroit have prevented many of its innovators from being able to capitalize on a sound that elsewhere would have elevated their careers."Back in the day I was invited to Submerge and we'd talk about those things because I'm very concerned," he explains. "When you have friends you talk about, 'What's going on? How I can help? What can I do to help in a music way?'"

But for now, he's just happy to see that is coming back. "I think that people have had the wrong impression of Detroit because of the news of media," he says, "Things like, 'Oh my gosh, Detroit is poor,' and yes it is, but there's a lot happening and there's a lot of good change."